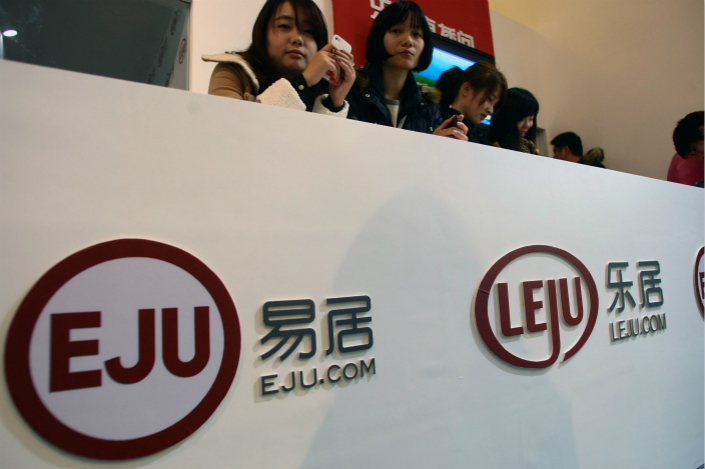 A booth of Eju.com (E-House China) and Leju.com is seen at the Shanghai Spring Real Estate Trade Fair in March 2012. Photo: IC

E-House (China) Enterprise Holdings Ltd. filed an updated version of its IPO prospectus to the Hong Kong Stock Exchange on Friday. The company didn’t specify when it will debut and how much it expects to raise.

Three of China’s largest real estate developers together have a 45% stake in E-House: China Evergrande Group, China Vanke Co., and Country Garden Holdings Co. Co-Founder and Chairman Zhou Xin is the biggest shareholder, with an estimated 26% share, according to the prospectus.

Shanghai-based E-House, founded in 2000, provides agency services for real estate companies, such as formulating and executing marketing and sales strategies for residential projects. It also offers other online services such as brokering, data-sharing and consulting.

E-House reported 4.6 billion yuan ($692,000) in revenue for 2017, with 3.9 billion yuan coming from agency services for real estate developers in the primary market. Its net profit dropped 33% to 275 million yuan for the year.

The upcoming flotation in Hong Kong follows its delisting in New York in August 2016, when the company was privatized with an estimated market valuation of $987 million.

Several U.S.-listed Chinese companies have privatized in recent years to relist in the mainland or Hong Kong, where their names are more familiar to investors. In March, software security firm Qihoo 360 Technology Co. Ltd. — which was previously listed in the U.S. — debuted in Shanghai after getting approval for a backdoor listing by acquiring another Shanghai-listed firm.