Tencent to Spin Off Music Unit for U.S. Listing 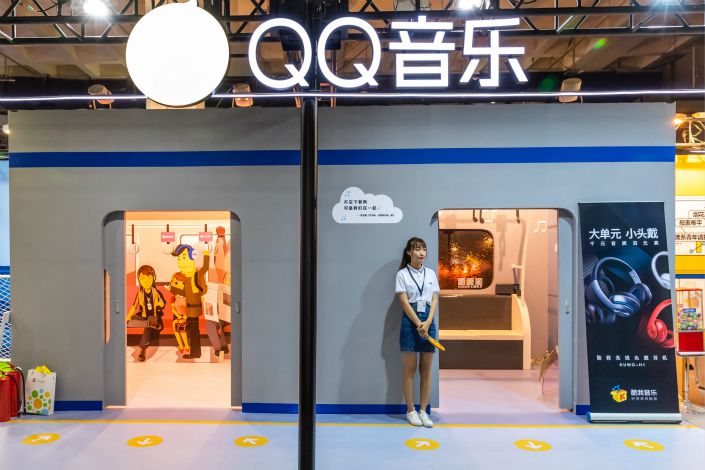 Hong Kong-listed internet giant Tencent Holdings Ltd. is planning to spin off its online music business for a listing in the U.S.

The company hasn’t finalized the financial terms of the spinoff, including the offering size and price range, it said in a Sunday filing to the Hong Kong Stock Exchange. Its online music business is operated by Tencent Music Entertainment Group, a unit majority owned by Tencent Holdings.

The plans are subject to approval from the Tencent and Tencent Music boards, as well as the securities regulators in Hong Kong and the U.S., it said.

Tencent Music has appointed Goldman Sachs, Morgan Stanley and Bank of America Merrill Lynch to handle the IPO, which would value the company at more than $30 billion, the Financial Times reported in May.

Tencent late last year spun off and listed its online publishing unit in Hong Kong. Shares of China Literature Ltd. now trade at about 40% above their IPO price.

The internet giant launched its first online music service, QQ Music, in 2005. It became owner of the industry’s top three Chinese apps in 2016 after merging with rival China Music Corp., which ran two other streaming apps, Kugou and Kuwo.

According to a report from data service provider QuestMobile, Kugou, QQ Music and Kuwo were the top-three music-streaming apps in China in July 2017, boasting monthly active users of 217 million, 205 million and 107 million respectively.

Tencent Holdings reported that the number of subscribers to its fee-based value-added services grew by 24% to 147 million in the first quarter of the year, “primarily driven by video and music streaming services.” It didn’t offer a breakdown of the music unit’s financial performance.

In December, Tencent Music formed a tie-up with the major industry leader, Sweden-based Spotify, in an equity swap that saw the pair buy minority stakes in each other.

Spotify went public in New York in April through a direct listing. Although its net loss doubled to 1.2 billion euros ($1.4 billion) last year, its stock remained strong in trade. Its shares closed at $175.70 on Friday, 33% higher than the $132 reference price set by the bourse.