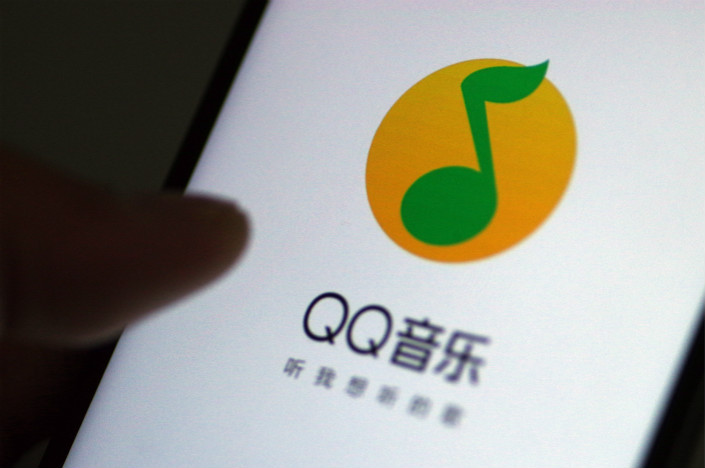 Tencent, which owns the QQ line of internet services, is considering spinning off its online music division into a separate listing. Photo: IC

Tencent Holdings Ltd. said it is considering spinning off its online music division for a separate listing. Meanwhile, it has made two major new investments in Europe in the gaming and financial technology (fintech) sectors.

The diverse range of activities reflects Tencent’s own diversification from its roots as an online gaming and social networking company to also include finance, e-commerce and entertainment. On Wednesday, the company announced its profit nearly doubled in the fourth quarter of 2017, as its revenue rose by a strong 51% to 66.4 billion yuan ($10.5 billion).

In a call to discuss its latest results, Tencent President Martin Lau revealed the company is considering a plan to spin off its online music division for a separate listing. Tencent made a similar move late last year when it spun off and listed its online literature unit in Hong Kong. Shares of China Literature Ltd. now trade about 34% above their initial public offering price.

“In fact, the number of spin-offs from our company is quite small,” Lau said on the call. “In the foreseeable future, Tencent music may become a candidate.”

He explained that even though Tencent is the music unit’s controlling shareholder, the unit has made acquisitions and has a current shareholding structure that would make it more suited to becoming a standalone company. The case was similar for China Literature, which was originally a separate company before Tencent became its major shareholder.

In a separate development, Tencent also disclosed that it had invested 369 million euros ($457 million) in a 5% stake in French electronic gaming giant Ubisoft Entertainment SA. As part of that tie-up, the pair also announced a strategic partnership that will see Tencent bring several of Ubisoft’s popular PC and mobile games to China.

“We have the ability to bring many of Ubisoft’s original games to Chinese consumers,” Lau said in a separate statement accompanying that announcement. “This tie-up shows that Tencent can provide its users with a more specialized and interesting gaming experience.”

The investment marks the latest in a long series of overseas gaming purchases by Tencent, as it seeks to secure popular overseas titles to consolidate its position as China’s leading online game company. In its biggest deal to date, Tencent lead a group two years ago that paid $8.6 billion for 84% of Finnish gaming giant Supercell.

In a separate unrelated deal, German mobile bank operator N26 announced that it had raised $160 million in a series-C funding led by Tencent and German insurance giant Allianz. It said the funding was the largest ever in Germany for a new wave of fintech companies that combine traditional financial services like banking and consumer lending with high-tech internet elements.

“We see the increasing demand of digital banking products and services in the European markets and we are delighted to be a strategic investor of N26 to build a long-term partnership and participate in their growth,” said Lin Haifeng, managing partner of Tencent Investment.

Tencent itself has moved aggressively into financial services through the payment and gift-giving functions connected to its highly popular WeChat and QQ social networking services. The company also was a co-founder of WeBank, the first company in China to receive an online banking license under a government pilot program.