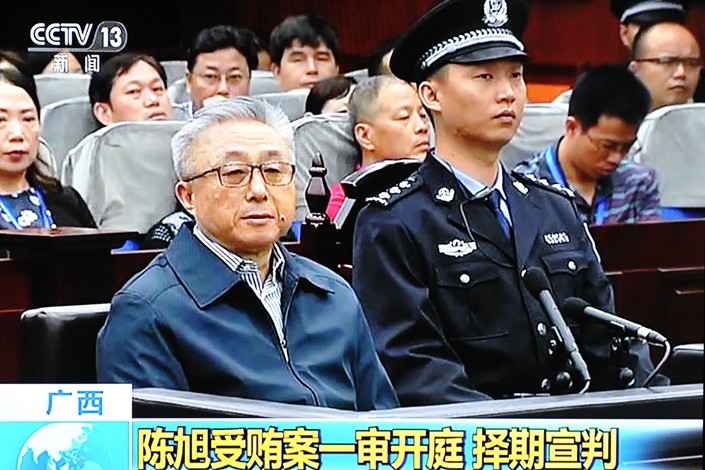 The trial of one of Shanghai’s top former prosecutors, accused of bribery involving more than $11 million, has ended but it is not clear when a verdict will be handed down.

Chen Xu was charged with taking more than 74 million yuan ($11 million) himself or through his family from 2000 to 2017 in return for helping associates with promotions, job applications and bidding in government-funded projects.

In China, high-ranking officials accused of corruption are usually charged and tried in places other than where they live and work. Chen, from Shanghai, is being tried by the Nanning Intermediate People’s Procuratorate, in the Guangxi autonomous region in South China.

The court said that a verdict will be announced “at a later date.”

Chen, 65, spent nearly 40 years rising through the ranks of Shanghai’s judicial system and was promoted to top prosecutor there in 2008, where he served until February 2017.

The probe into him by party anti-corruption authorities in March 2017, and his ensuing downfall triggered a political earthquake in Shanghai, leading to charges filed against several of his close associates. Those include Pan Furen, the former president of the Shanghai No.1 Intermediate Court, whose bribery case is still pending trial.

Chen was referred to the judicial authority in June 2017, and went on trial at the Nanning Intermediate People’s Court on July 5.