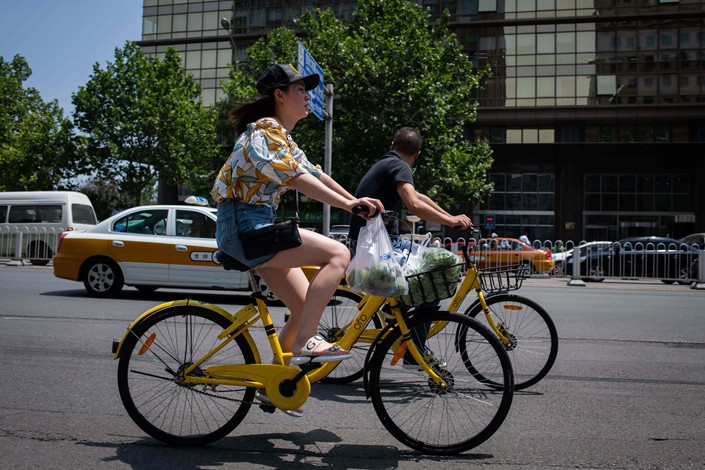 “Ofo currently doesn’t plan to do away with the 199 yuan ($30) deposit. In fact, we have ended a program that had allowed users to ride deposit-free in 20 Chinese cities,” a company representative said Monday.

The decision by China’s No. 2 bike-sharing company to keep demanding deposits from users comes at a time when the cash-strapped independent company is struggling to turn a profit as investors grow weary of a business model that depends exclusively on a never-ending supply of investment capital.

“Ofo’s reluctance to follow Mobike is partly due to a cash-crunch problem,” said Wu Dong, professor at Zhejiang University’s School of Management.

Deposits have been a point of contention in the shared-bike sector over the last three years as companies have been accused of misusing user funds to fuel their expansions. As of December, Ofo has taken up to 3 billion yuan in user deposits, according to sources familiar with the company’s financial situation.

Last month Ofo announced a 100-day plan to become profitable. As part of its efforts to transform itself from a cash-burner to a money-earner, Ofo has rolled out extra services, including a news feed, on its app and financial services. The company has also put ads on its bikes in some cities.

However, a lack of a clear, sustainable business model — users pay only 1 yuan to ride an Ofo bike for up to 30 minutes — means such services won’t be as effective, Wu said.

He said it could be difficult for Ofo to avoid “surrendering” to a wealthy backer as Mobike did.