By Peng Yanfeng and Coco Feng 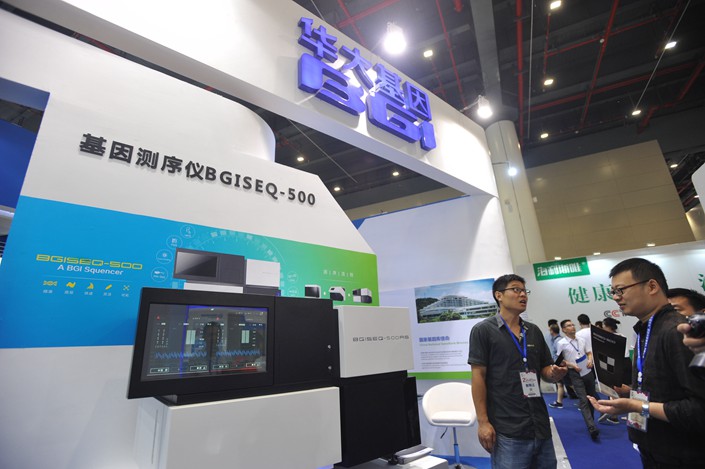 BGI Group hosts a stand at an exhibition in Wuhan, Hubei province, in June 2017. Photo: IC

Genome sequencing company BGI Group said it has obtained land for health care projects “though normal means” and it will never develop commercial property — a response to accusations that it was snapping up real estate through deceit or bribery.

It also claimed the projects did not require land, and that BGI had deceived or bribed local officials.

The letter, along with social media posts, sent shares of BGI Genomics down 8% for two consecutive days.

The former blue-chip stock, which at its peak was worth 257 yuan ($38.79) per share, making it the Chinese mainland’s second-most valuable listed company by market cap, now lingers around 100 yuan. It closed at 96.61 yuan on Wednesday, down by 3.36%.

BGI Group Executive Vice President Zhu Yanmei said at a Tuesday news conference that the company provides only technical, operation and managerial support to the Suzhou project, and rejected claims that BGI has taken ownership of land as part of the project.

“We can promise that we’ll never develop property for commercial purposes,” Zhu said.

At the Tuesday news conference, BGI Group only mentioned the Suzhou project, not the projects listed by Changjian in other cities. In an emailed response to Caixin on Wednesday, the company said that it will not do projects “with a purpose of developing property as a business … in any city,” including those listed by Changjian.

It did not address whether it had acquired land in the other cities mentioned.

“Using some industrial land for development is a normal demand of a company,” Xu said, “but we’ll never do commercial property, which will not become a possible development path of our group.”

Xu emphasized that any land the company has acquired, it has done so through “normal” means.

BGI and the Nanjing-based Changjian were previously in talks to together build a regional cell center as part of the China National GeneBank, operated by BGI. But the talks failed.