By Qian Tong and Zhang Hong 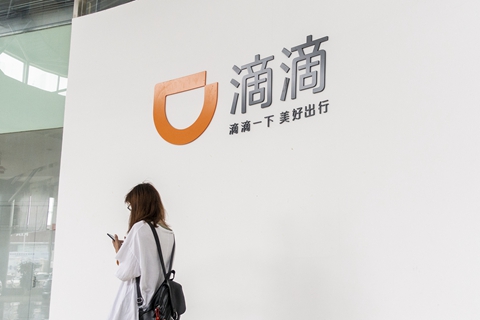 Didi Chuxing has over 90% of China’s car-hailing market. Photo: VCG

“Didi will work together with Continental to advance the technology and lead the innovation in automotive hardware, software, and services,” Didi Vice President Yang Jun said.

Under the partnership, Continental will supply intelligent networked car products and on-board communication solutions for Didi’s new generation of vehicles for use in its car-hailing service.

The partnership with Continental is Didi’s latest step in its efforts to tie up with traditional automakers to build custom-made vehicles as it strives to defend its position as an industry leader. In April, Didi launched the Didi Auto Alliance with 31 automakers and technology companies to jointly develop new technologies and vehicles designated for the car-hailing business. Members of the alliance include BAIC Group, FAW Group, BYD Auto Co., Volkswagen China, and Robert Bosch GmbH.

Didi founder and CEO Cheng Wei said in April that “the Auto Alliance will become a provider of integrated transportation services combining auto leasing and sales, auto finance, auto service, fleet operation and car-sharing solutions in China and beyond.” But to date, Didi has not released any detailed plans with its partners.

Founded in 1871, Hanover-based Continental specializes in tires, chassis components, automotive safety, car-body electronics, powertrains, and interior accessories. Continental entered the Chinese market with a joint venture in 1994, and has since opened several production and research-and-development bases in China.

Didi became China’s undisputedly largest car-hailing service provider in 2016 after buying out Uber’s business in the country. Didi now claims over 90% of China’s market for matching drivers and riders on its mobile platform. Currently, Didi serves more than 450 million users and provides 25 million rides daily. It is also developing a self-operated fleet that is expected to reach 50,000 vehicles this year, most fueled by new energy.

Didi aims to become the world’s largest operator of vehicle networks and a global leader in smart transportation systems by 2022, Didi said. In a December fundraising of $4 billion, Didi was valued at $56 billion, making it one of the most valuable tech startups in China.

But Didi’s dominant position in China is not unassailable, as new rivals keep emerging.