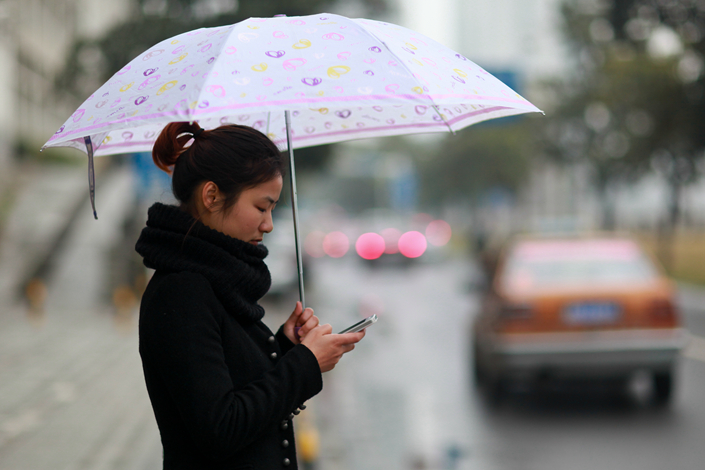 A woman uses her phone to book a taxi on a street in Zhuzhou, Hunan province. Photo: VCG

Didi Chuxing, China’s dominant ride-hailing platform that has 21 million drivers serving 25 million riders a day, has introduced a “same-sex rides” rule after the killing of woman using the service made national headlines.

Starting from Friday, during two periods — from 5 a.m. to 6 a.m. and from 10 p.m. and midnight — its car-pooling drivers are not allowed to pick up passengers of the opposite sex, Didi said in a statement on Wednesday.

The new measure comes after a Didi driver allegedly sexually assaulted and killed a 21-year-old flight attendant that he was driving from an airport hotel to downtown in the northern city of Zhengzhou last month.

Didi has admitted that the facial recognition procedure it uses to verify driver identities at night had malfunctioned for its “Didi Hitch” service, which pairs drivers and passengers traveling the same direction. The system failed to flag the false identity of the driver and send an alert to Didi.

Didi Hitch has gained popularity in China because it is cheaper than hailing a taxi or private car.

As part of the new measures to allay public concerns, Didi said Wednesday it would kick off a “live” location tracking function on a trial basis on June 22. The function is supposed to allow passengers to share their immediate locations with their emergency contacts.

In addition, Didi will also trial a voice recording function for some of its services this month. It didn’t offer details, but said the feature will be able to record conversations during the journey.

Industry experts said that these are just some of the measures Didi has undertaken to regain the public’s trust. The “same-sex rides” may inconvenience female passengers when they need to carpool, however. And male drivers’ income may take a hit as they aren’t allowed to pick up female users, said Yu Gong, a lawyer at the Beijing office of London-based Herbert Smith Freehills.

Didi is China’s answer to ride-hailing companies like Uber in the U.S. or Grab in Southeast Asia. The Chinese platform boasts 450 million users, and is one of China’s most successful technology companies.