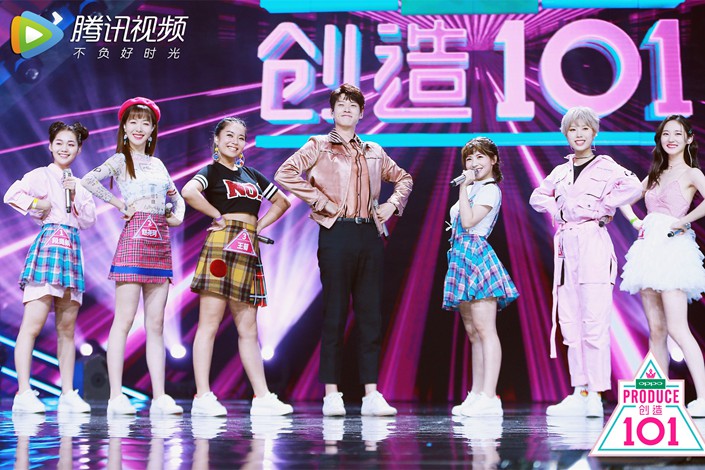 China’s broadcast regulator will assess the “ideological implications” of online talent shows, including those produced by internet giant Tencent Holdings Ltd. and video site iQiyi Inc., to prevent them from becoming “overly entertaining.”

Internet shows produced by the two companies, in which young performers battle to be China’s next pop idols, have reportedly been suspended or had their broadcasts delayed.

In an order (link in Chinese) published Tuesday, the State Administration of Radio and Television demanded provincial branches form groups of “experts” to vet online talent shows before their premiere.

These examiners are expected to assess the programs’ “themes, values, ideological implications and rundowns.” The move aims at “protecting the physical and mental health of teenagers,” the regulator said, without specifying the criteria by which such experts should be selected.

The regulator said the latest decision aims to prevent content from becoming “overly entertaining” and “advocating money worship,” as well as to create a healthy online viewing environment during the summer vacation.

Industry insiders begged to differ, however. They said the new regulations aren’t practical because online talent shows are produced on a very tight schedule and their final episodes are traditionally broadcast live, so as to persuade viewers to vote in real time and boost ratings.

The new rule was implemented two weeks after the conclusion of Tencent’s phenomenal “Produce 101.” The weekly program, in which 11 female singers and dancers were chosen out of 101 contestants over the course of two months, garnered nearly 5 billion views through its entire run. In comparison, the 10th season of “The Big Bang Theory” reported a total of 36 million views on its exclusive Chinese online broadcaster Sohu.com.

IQiyi’s “Idol Producer” was also a hit, garnering 3.3 billion views in China. The weekly program ended in April after selecting nine male idols out of 100.

Tencent told Caixin in a written statement that it would comply with regulations, and notify audiences if there is a change in schedule. IQiyi said it is still studying the matter.

Unlike movies, which are scrutinized by regulators before their release, online entertainment shows have been subject to relatively loose regulation as the authorities have been unable to keep up with the sheer volume of such shows churned out by Chinese companies.

The regulators usually only crack down on online shows’ content after controversy has been generated. The two talent shows have been accused of copyright infringement and overreliance on audience voting.

“Idol Producer” was criticized by South Korean television channel Mnet over its “great resemblance” to a show it made. “(We) feel deeply sorry about the matter of infringement on Mnet’s critical intellectual property rights,” Mnet said in a January statement, emphasizing that it “never participated in any form in the production of Idol Producer, nor has any collaboration taken place."

Chinese internet users complained about the outcome of “Produce 101,” arguing that viewers voted based on criteria other than talent and that some of the winners were poor singers and dancers.