By Li Liuqian and Zhang Hong 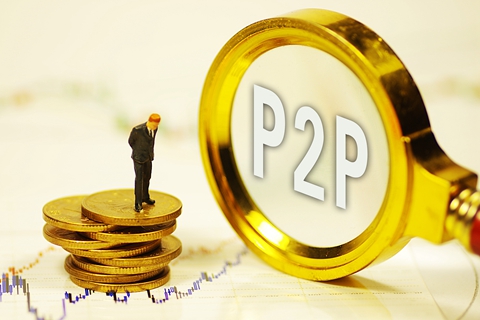 More than 100 peer-to-peer lending platforms have fallen under financial and legal troubles over the past two months. Photo: VCG

A strategic investment in the online lending platform Furongbao fell through, leaving the Nanjing-based company to seek funding elsewhere amid extended central bank pressure and a wave of bad news in the peer-to-peer (P2P) lending industry.

In response, Furongbao said the investment agreement was reached in private between the company and Macro’s chairman, but both parties terminated the deal July 9 after failing to agree on financing details. Furongbao said it is in talks with other potential investors.

The episode unfolded as the P2P industry is under intense scrutiny, with scores of P2P lending platforms falling into financial or legal troubles in the past two months. Macro’s statement signaled its intention to stay away from the controversies.

China’s central bank recently extended its 2-year-old campaign to clean up fraud and violations in the online financial market, targeting P2P and other online lending and financial activities. More than 5,000 operations have been shut down since the campaign began in 2016.

China’s P2P industry has seen explosive growth over the past few years, thanks to ample liquidity and a lack of rigorous regulation that also enabled a surge in fraudulent activities. At the same time, the nation’s tightening liquidity and financial regulation environment is seriously testing the industry.

Over the past week, there was bad news about several P2P platforms. Shenzhen-based Qianbaba, a well-known platform with a lending track record of 30 billion yuan, defaulted on some of payments July 9 and suspended business operations. Yinpiao.com, an online wealth management platform based in Shanghai, failed to meet financial obligations and its controller turned himself in to local police on July 6.

Around the same time, Hangzhou police made consecutive announcements of investigations into at least five P2P platforms suspected to be involved in illegal deposit-taking.

According to WDZJ.com, an information provider of the P2P industry, more than 30 P2P platforms were reported to be in financial distress or under investigation in July alone. Most of them are located in Zhejiang, Guangdong, and Shanghai. That follows 79 such cases in June, a higher number than in any month in the previous year.