Update: Exports Hold Up Well on Eve of Trade War 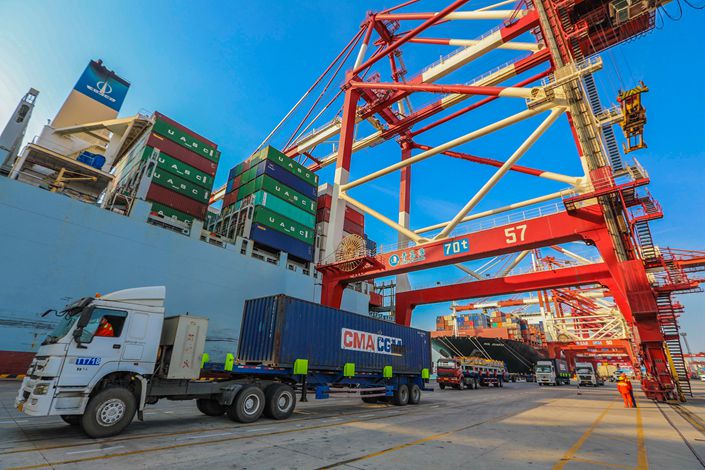 *Exports may continue to see strong performance in the coming months, as U.S. importers might increase purchases to front-run tariffs now being considered

Chinese goods exports rose 11.3% year-on-year in dollar terms, a shade lower than May’s 12.6%, according to data from the General Administration of Customs. The increase beat the median forecast for 9.5% growth from a Bloomberg News poll of economists.

The country’s imports rose 14.1% year-on-year in June, down from a 26% increase in May, customs data showed. The reading came in far short of economists’ projection of 21.3% growth.

China’s exports and imports reached $216.7 billion and $175.1 billion respectively last month, leaving the country with a trade surplus of $41.6 billion, up from $24.9 billion in May, but down 2.7% from a year earlier, customs data showed.

“Chinese exports held up well on the eve of U.S. tariffs,” Julian Evans-Pritchard, an analyst with research firm Capital Economics, said in a note.

The fact that growth of Chinese exports to the U.S. accelerated last month may be partly driven by companies attempting to front-run the new U.S. tariffs, he said.

China’s exports of goods to the U.S. grew 12.6% year-on-year in June, up from May’s 11.6%, according to Caixin’s calculations based on customs data. Its trade surplus against the U.S. grew to $29 billion in June from $24.6 billion in May, marking its third straight monthly increase.

Disappointing import figures for June point to weakening domestic demand, Evans-Pritchard said, adding that the data look even more downbeat if one strips out the boost from rising import prices. This suggests that domestic demand may have started to weaken again last month after a temporary boost from the easing of winter pollution controls, he said.

China’s economic growth — and thus its import growth — peaked in the second quarter and is on course to slow over the rest of 2018 due to the negative impact of the trade conflict, tighter financial policies and slower real estate activity, Kuijs said.