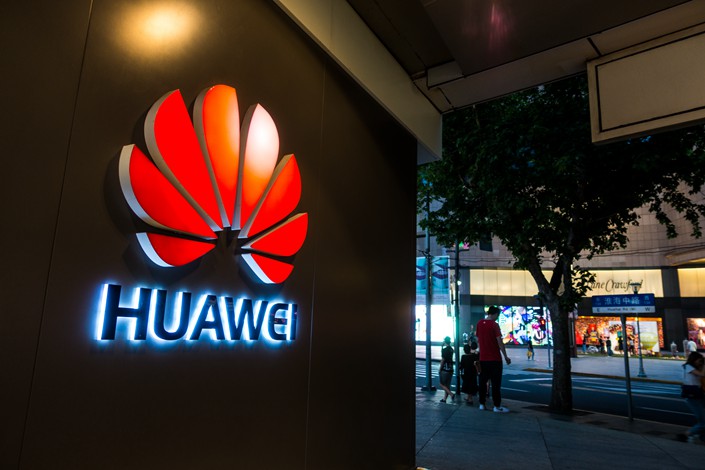 Huawei Technologies Co. Ltd. is being sued for over $100 million by a former U.S.-based employee who claims he was fired for refusing to steal industry secrets. Photo: VCG

(Beijing) — Huawei Technologies Co. Ltd. has rejected a former employee’s allegations that he faced workplace harassment and retaliation for whistleblowing, and the company said it will defend its rights.

Huawei, the world’s largest manufacturer of telecom equipment and the third-largest smartphone brand, is being sued for over $100 million in damages by the former U.S.-based employee, who alleges in the suit he was fired in retaliation for refusing to steal industry secrets and that he faced harassment during his tenure at a U.S.-based Huawei subsidiary.

“The accusations of the former employee have no factual base,” Huawei told Caixin in a statement on Monday. “We will actively defend our rights in the litigation.”

Plaintiff Jesse Hong, previously a senior architect at FutureWei Technologies Inc., a Huawei subsidiary in California, said he was asked to infiltrate a summit held by Facebook Inc. at the social media giant’s California headquarters in November, according to a copy of the court filing published by the British media outlet The Register.

Caixin confirmed on the website of the Superior Court of California, County of Santa Clara, that Hong had filed a civil case. The filing date was June 26, and the case number is 18CV330693.

The document published by The Register says that as Huawei and its affiliates had been denied access to closed-door meetings between Facebook and U.S. startups — many of which are Huawei competitors — Hong and two of his colleagues were instructed to register for the summit using fake company names. Hong refused, while his colleagues agreed, the document claims.

Hong said U.S.-based Huawei staff illegally shared information from the Facebook meeting and from other U.S. competitors with Huawei’s product development department, strategy teams and executives in China. Huawei is based in Shenzhen, Guangdong province.

The filing claims, “During all relevant times, in addition to refusing to participate in an illegal order, (Hong) reported this misconduct to at least the companies’ HR department.” The document claims that he was then laid off without legitimate reason in March as retaliation for his refusal to break the law.

Hong accuses his superior, Sean Chen, of repeatedly engaging in a pattern of “workplace misconduct,” including shouting at Hong; making “threatening facial expressions and arm gestures”; making discriminatory personal attacks, including racial slurs; and engaging in a “wide spectrum” of hostile acts, including “micro-scrutinizing bathroom use.”

“The unwelcome conduct was pervasive and continuous and created a hostile work environment that interfered with plaintiff’s work,” the document said.

Huawei said Monday the company’s global operations are based on adherence to regulations.

The Chinese giant is virtually shut out from the U.S. market, with its fate in doubt in Australia, as both countries have shown concerns over its alleged links to the Chinese military and ruling Communist Party.

Huawei has long denied such accusations.

Huawei’s U.S. operations were dealt a blow in June when lawmakers urged Google LLC to stop partnering with the company, while in Australia, reports suggested the company might be banned from joining wireless carriers’ tenders to build 5G networks.