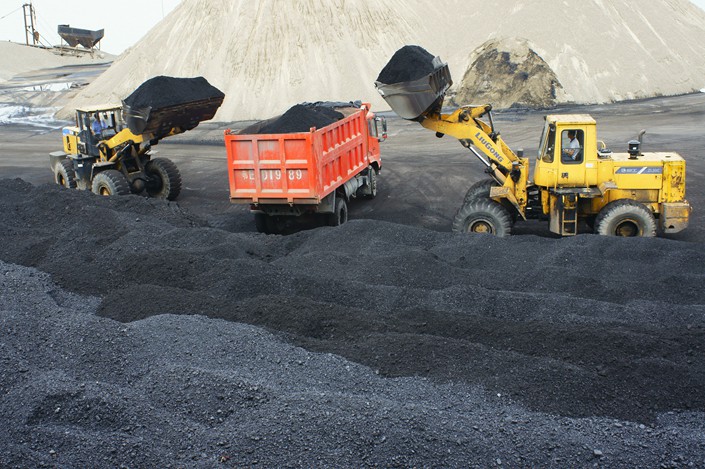 Coal gets loaded onto a dump truck on Thursday in Central China’s Hubei province. Photo: IC

China’s state planner is taking steps to ensure adequate energy supplies during the high-consumption summer months amid some of the strongest growth in demand for electricity in recent years, a government spokesman said.

The steps by the National Development and Reform Commission (NDRC) come as China’s power consumption grew 9.4% in the first half of the year to 3.23 trillion kilowatt-hours, representing a 3.1 percentage point increase over the growth rate a year earlier and marking the fastest expansion since 2012.

At the same time, hotter weather has arrived earlier than usual this year for much of China, helping to drive up demand for electricity as residents turn on their air conditions earlier and more frequently.

The central city of Wuhan, known as one of four “furnaces” in China for its hot summers, posted its first day with an electricity load above10 million kilowatts on June 26, 21 days before the city typically enters its high load summer period. On the same date, the city of Hefei, capital of Central China’s Anhui province, broke its record for electricity load in the month of June.

The national grid operator said on June 29 that its ability to supply areas of northern and eastern China had become tight.

In order to ensure stable power supplies during the period, the NDRC is taking steps to make sure there is enough coal to meet demand from China’s many power plants that rely on the fossil fuel, NDRC spokesman Yan Pengcheng said at a briefing on Tuesday. Those include strengthening transport mechanisms for the fuel, and encouraging the signing of mid- and longer-term supply contracts.

The agency will also work to improve storage and other infrastructure for the delivery of natural gas as it steps up efforts to produce more power using the cleaner-burning fuel, he said. Previously, the government reduced restrictions on coal imports at the nation’s major ports in response to concerns about higher prices and regional power shortages during the peak summer months.

Coal shortages have also plagued China in recent winters, the result of a Beijing-led campaign to consolidate the industry and eliminate oversupply by shutting down smaller, less-efficient mines.

China has also embarked on a broader campaign to produce more power from cleaner-burning fuels in an effort to clean up the nation’s polluted air. In addition to natural gas, the country has been encouraging development of renewable energy sources such as solar, wind and hydropower.

That campaign has helped the cleaner-burning and renewable sources pick up more of the slack from the surging power demand. China’s overall power output grew by 6.7% in June. But while fire-generated power output rose by just 6.3%, nuclear, wind and solar power rose by 19.3%, 11.4% and 21.1% respectively.