Google Edges Back Into China With WeChat AI Game 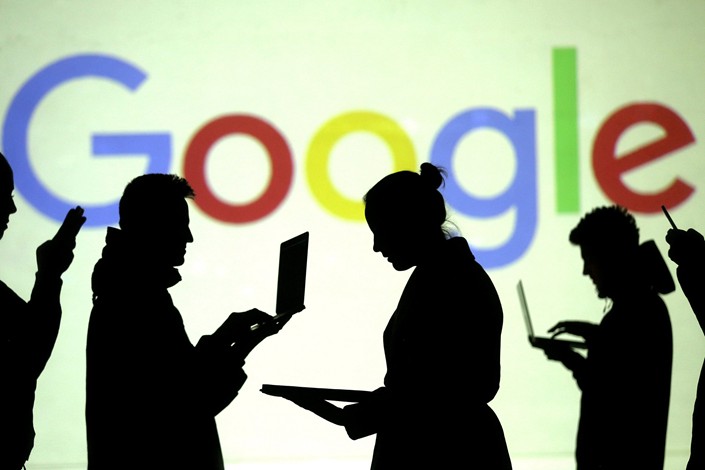 Google LLC’s WeChat game “Guess My Sketch” has become a hit on the Chinese mainland, giving the company another small presence in a market it largely withdrew from in 2010. Photo: VCG

* Game proves popular with many WeChat users, although some complain of annoying bugs

(Beijing) — Google LLC has launched a Pictionary-like game in China, powered by its artificial intelligence (AI) technology, in the company’s latest attempt to boost its limited presence in one of the world’s largest internet markets.

The game allows participants on smartphones to draw a keyword, such as “spider” or “umbrella,” and see if the AI can recognize the item within 20 seconds. It was launched Wednesday on WeChat, a social network app operated by Tencent Holdings Ltd. that had 1 billion active users globally earlier this year.

“Guess My Sketch” seems to have been a hit, with many players sharing screenshots of their artistic creations on WeChat. Several users told Caixin that they picked up the free game after seeing it posted by their friends on WeChat.

Neither Google nor Tencent was willing to disclose the number of people that have played the game, but the “Guess My Sketch” tag on China’s Twitter-like social network site Weibo has received around 1.6 million views.

Effy Zhang, who has been glued to the game since Wednesday afternoon, said it is “super fun,” adding that it “is a good time-killer when one is waiting for buses, taking subways or relieving oneself in the restroom.”

But some have complained about its bugs. Gao Xianda, who started to play the game Thursday morning, said that the program repeatedly didn’t recognize her “classic kindergarten drawing” of a house. Another player, Wang Yun, said that the game crashed several times.

Google said in a statement (link in Chinese) that the program aims to offer “an opportunity for everyone to experience human-computer interaction powered by AI technology.” It was built on a database of more than 50 million sketches, and the more users play it, the more data it will be able to draw upon.

Google has been expanding its AI muscle in China. In December, it launched the Google AI China Center in Beijing, headed by Fei-Fei Li, a Stanford University professor who is chief scientist of AI and machine learning at Google Cloud; and Jia Li, head of research and development at Google Cloud AI.

However, the game was not developed by the AI center in Beijing, the company told Caixin. When asked if there are other AI projects now being designed for ordinary users, it said, “We don’t have anything else to announce today.”

Google largely withdrew from the China internet market in 2010 after refusing to continue bringing its search engine in line with rules that require website operators to police their content and delete material on sensitive subjects. Google’s other web services, including Gmail and the Google Play app store, were blocked in the following years.

It maintained a presence in China after that, mostly through offices that sold advertising to Chinese companies looking to advertise outside the Chinese mainland, but has increased its activities in recent years.

In 2016, Google resumed holding China-based conferences for developers of apps for its various operating systems, marking one of the clearest signals of its desire to return to the market. It opened a new office in the southern city of Shenzhen earlier this year, and quietly released the Chinese mainland version of file management app “Files Go” in May.