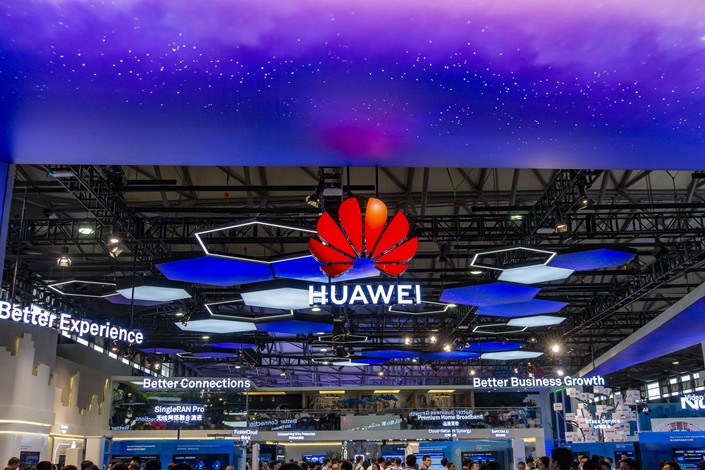 (Beijing) — Britain has joined the U.S. and Australia in voicing concern about leading Chinese telecom-equipment maker Huawei Technologies Co. Ltd., saying it has “only limited assurance” that the company’s products pose no national security threat.

The assessment, included in the U.K.’s fourth annual report into Huawei, marks a reversal from the previous three that said Huawei had mitigated risks posed to the country’s national security. The U.S. has long asserted that Huawei poses risks due to the potential that its equipment could be used for spying by Beijing, and has blocked government and major private carriers from buying its products.

The British government report, released Thursday, came from the Huawei Cyber Security Evaluation Centre, set up in 2010 in response to concerns that the firm’s equipment could pose a threat. The National Cyber Security Centre (NCSC), the report’s author, concluded it has limited assurance that all risks from Huawei’s involvement in the U.K.’s critical networks “have been sufficiently mitigated.”

The report pointed out that Huawei’s processes “continue to fall short of industry good practice.” It said the NCSC and Huawei are working with network operators to develop a long-term solution on “the lack of lifecycle management around third-party components” that it believes pose a new strategic risk to the U.K. telecommunications networks.

“Significant work will be required to remediate this issue and provide interim risk management,” the report warned.

Whereas the U.S. has kept Huawei at arm’s length, Britain has been far more receptive to a company that has become the world’s largest supplier of telecommunications equipment and is also a fast-growing name in smartphones.

Huawei currently has about 1,500 employees in the U.K., the first major European market to welcome the Chinese company’s telecommunications equipment. In 2005, Huawei landed a big contract to supply BT Group PLC with telephone switches and other infrastructure.

Two of the country’s biggest phone carriers, BT and Vodafone Group PLC, use Huawei equipment. Last year the company also opened a joint lab with the University of Edinburgh to research data management and processing.

In a statement to Caixin on Friday, the Shenzhen-based Huawei characterized the report’s concerns as “technical issues” and not ones related to cybersecurity. “We welcome and appreciate all acknowledgment or suggestions. … We will actively improvise and resolve relevant issues,” the company said.

While Huawei has been virtually shut out from the U.S., Australia has also been cautious towards the company. The country has previously blocked the sale of Huawei equipment for use in a government-led broadband network, and is currently mulling a ban to prevent Huawei from joining tenders to build the country’s upcoming 5G high-speed networks.