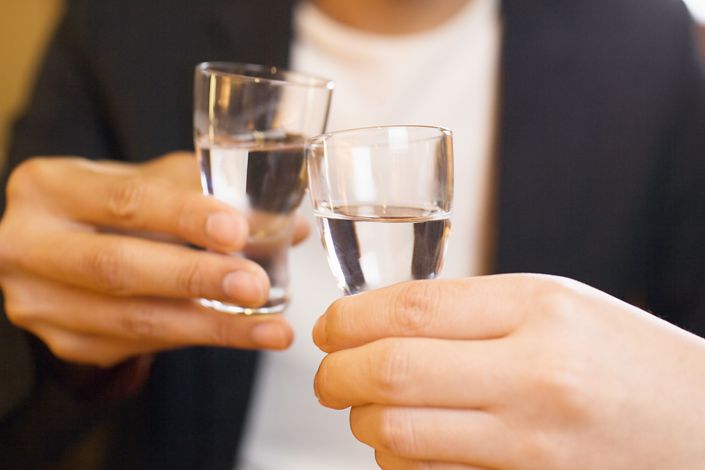 If liquor doesn’t do it for you, then perhaps going back to school will.

That’s the message coming from traditional Chinese spirits maker Gansu Huangtai Wine-Marketing Industry Co. Ltd., which is hoping to turn over a new leaf to plug its recent stream of losses. Its new road map was laid out in a stock exchange filing this week, detailing plans to purchase online children’s education services provider Zhongyou International Education for up to 250 million yuan ($36.8 million).

The move marks the latest tough decision for a company whose recent past has been filled with hard knocks. Huangtai has been losing money for the last two years, increasing the danger that it could be forcibly delisted by a regulator that strongly disfavors such companies. The latest drop into the red marks the fourth time Huangtai has posted such consecutive losses in the last 15 years, each time earning an automatic regulatory rebuke that it escaped only by returning to profitability.

The company is a maker of traditional Chinese liquor, known locally as “baijiu,” which is popular especially among the older generation and is a favored drink at big gatherings. The industry had come under pressure for several years under the current administration of President Xi Jinping, following his launch of a campaign to clamp down on corruption and extravagant spending by government officials.

But recently the effects of that campaign have started to fade, leading to a resurgence for big names like Moutai and Wuliangye. That resurgence fueled a rally for many companies’ stocks in 2017 before China’s current bear market set in this year.

Based in interior China’s dry Gansu province, Huangtai is relatively young by Chinese baijiu standards, with a history dating back to 1985, according to its webpage. But it uses ancient methods dating back 2,000 years to distill its liquors, it added.

Huangtai should theoretically have benefited from that recent industry resurgence, but instead has been dogged by more company-specific issues related to past crimes. The company was forced to pay 23 million yuan in damages and legal costs to 10 investors in 2017 for making false statements in its materials. Then-Chairman Lu Hongyi and others were also involved in criminal cases of embezzling from the company, leading to some of its earlier losses and creating cash shortages.

The constant cash crunch created a downward spiral, as the company was unable to keep developing new products to keep up with changing market tastes. Its revenue plunged 70% from 2016 to 2017, leading to a 188 million yuan loss last year. The company reported a loss of about 13 million yuan in this year’s first quarter, as its revenue slipped 22% to 7.7 million yuan.

In preparation for its new beginning, Huangtai last fall announced plans to spin off its two main businesses, one making traditional spirits and the other making European-style wine. At the same time it also announced plans to sell off the spirits business to a Shanghai company. But in January, it said that plan had been terminated for undisclosed reasons.