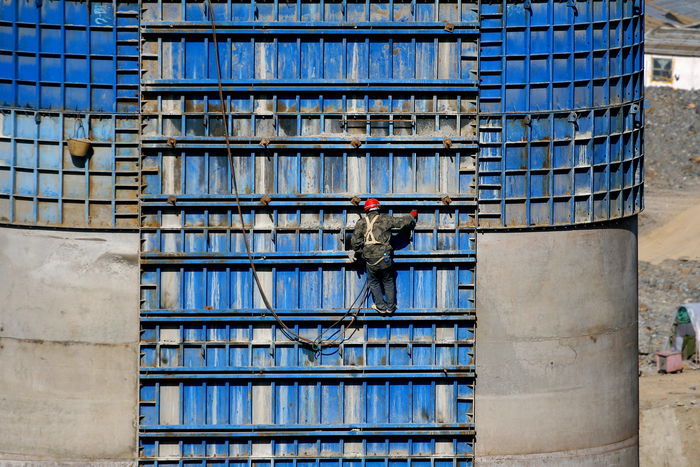 The International Monetary Fund warned that escalating trade tensions with the U.S. could increase the risks for China’s economy and urged both parties to avoid “exceptional measures.”

The Washington-based organization issued the warning after a stern report a week ago estimating that rising trade tensions between the U.S. and the rest of the world could cost the global economy $430 billion.

The IMF remained optimistic on China’s near-term outlook, projecting that gross domestic product (GDP) growth of the world’s second-largest economy will decline slightly to 6.6% this year from 6.9% in 2017, unchanged from an April forecast. But the organization said external risks have increased with tightening global financial market conditions and rising trade tensions.

The current account surplus, which amounted to 1.4% of GDP in 2017, is projected to narrow marginally to 0.9% of GDP in 2018, driven by deteriorating trade, according to a staff report released Thursday on the IMF’s website.

Since the consultation was conducted before the U.S.-China trade conflict fully unfolded, it didn’t reflect the latest developments from both countries.

The Trump administration imposed additional 25% tariffs on $34 billion of Chinese goods starting July 6. After Beijing retaliated in kind, Washington announced levies July 10 on an additional $200 billion of Chinese products and threatened more, targeting potentially all of China’s exports to America.

China is ready to respond to measures from Trump whether they involve $16 billion or $200 billion of Chinese imports, Bloomberg reported Thursday, citing an official in Beijing who asked not to be identified.

While the initial direct effects of tariff measures on Chinese exports announced so far by the U.S. seem limited, escalating tariffs and investment restrictions could weaken confidence and investment in China, the IMF said in the report.

The IMF said the impact of tariffs could be amplified significantly through financial and investment channels and through further rounds of retaliation, elevating risks to China’s economy.

Investor sentiment toward emerging markets has recently weakened, which could potentially spread to China and cause large capital outflows and pressure on the exchange rate, according to the report. The IMF did find the value of China’s yuan to be broadly in line with fundamentals.

The IMF suggested that China’s central bank should prepare to tighten credit gradually as inflationary pressures start to emerge. The report projected that China’s annual inflation rate will increase to around 2.5% in 2018. China’s official data showed that its consumer price index, a main gauge of inflation, rose 2% in the first half of this year.

Meanwhile, the Chinese government is trying to play down the effects of the trade war on its economy. Huang Libin, spokesman for the Ministry of Industry and Information Technology, said at a news conference Tuesday that so far, the trade war has had minimal effects.

“Though some companies did report that their U.S. clients have requested to suspend orders and shipments, such cases are not common," Huang said. “The trade friction has had only a limited impact on the industrial sector in the first half.”

No matter whether tariffs are levied on $50 billion or $200 billion of Chinese goods, they account for less than 1% of China’s GDP, Huang said.