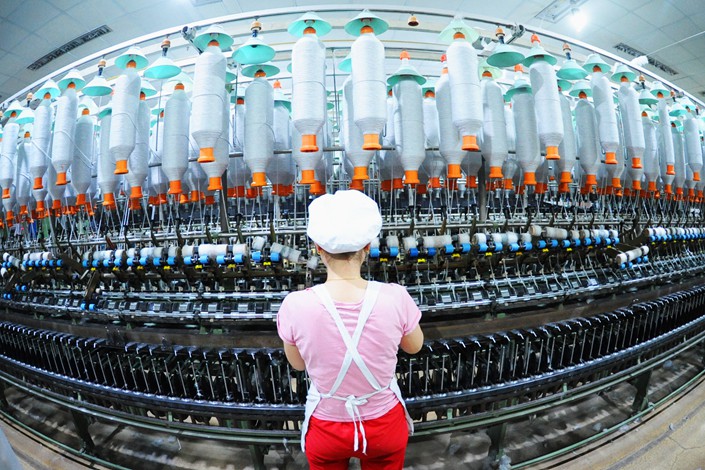 The producer price index (PPI), which tracks changes in the prices of goods circulated among manufacturers and mining companies, increased 4.7% year-on-year in June, the fastest rate this year, data from the National Bureau of Statistics (NBS) showed. It also beat a median forecast of 4.5% growth in a Bloomberg News poll of economists.

The consumer price index (CPI), which measures the prices of consumer goods and services, rose 1.9% in June from a year earlier, slightly higher than May’s reading of 1.8% and matching the analysts’ projection. The CPI rose 2% in the first half of this year, well below the government’s target of a 3% increase this year.

“We expect domestic fuel prices in China to continue to accelerate, which will in turn exert further upward pressure on the PPI,” he said, predicting factory inflation to reach 4% for the full year.

NBS analyst Sheng Guoqing said the pickup in the PPI last month was mainly due to low comparison figures a year ago, noting that the base effect contributed 4.1 percentage points to June’s reading.

The CPI growth was led by rising food prices and increasing costs of medical and health care, education services, transportation fuel prices and rent, according to NBS figures.

The National Development and Reform Commission (NDRC), the country’s top economic planning agency, on Tuesday raised the retail prices of gasoline and diesel by the largest margin this year following recent climbs in global oil prices. It was the eighth hike by the NDRC this year.

The newly introduced Chinese tariffs on imports of U.S. agricultural products may pose some upside risks to food inflation, but the impact is expected to be offset by weakening domestic demand as economic growth slows, said Julian Evans-Pritchard, an analyst with research firm Capital Economics.

The trade war between the world’s two largest economies began on Friday, with China implementing retaliatory tariffs on U.S. goods, such as agriculture and aquatic products, in response to new U.S. tariffs on Chinese imports.

The subdued inflation will give China’s central bank “ample room to further loosen monetary policy” in the coming months to boost economic expansion, Evans-Pritchard said in a note.