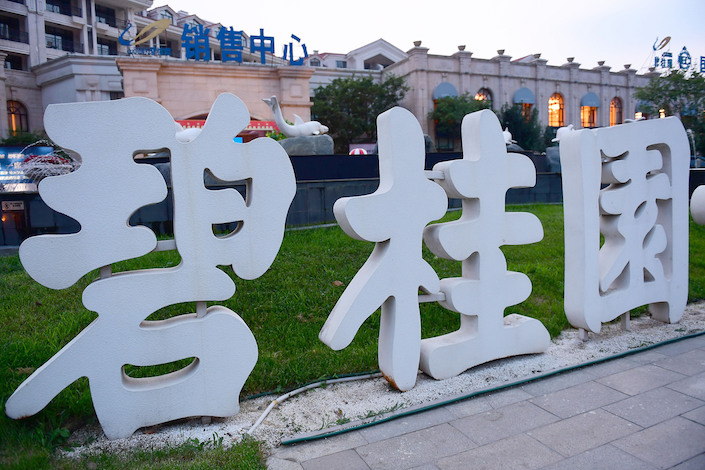 China’s largest developer by sales has suspended all ongoing projects nationwide for safety inspections, following a work-site incident on Thursday that killed six people and injured another 12.

On Thursday night, torrential rain and gusts of wind caused the collapse of the company’s worker dormitory and a wall in Lu’an county in the eastern province of Anhui, killing six people.

The suspension will affect hundreds of Country Garden projects in more than 20 provinces. As of the end of 2017, its ongoing projects nationwide totaled a gross floor area of 177 million square meters, according to its financial report.

The official post said projects will only be able to go forward after a newly established inspection team gives the green light.

China’s developers have been racing to launch properties to meet demand for a population eager to on own a residence – many of which are used for renting or for investment purposes.

Although Beijing introduced more tailored housing measures in cities last year in a bid to control home prices, property development has not let up. Real estate investment in the first two months of 2018 grew at it strongest pace since 2015, with smaller developers rushing to roll out new projects amid a government crack-down on risky financing, according to Reuters.

Country Garden itself was in the process of building 3,000 apartment buildings in top-tier cities in 2017, to answer government calls to develop long-term property leasing. The company aims to build 1 million apartments to be leased in three years.

It’s been widely known in the industry that Country Garden has mandated a strict turnover rate for its projects. According to a Caixin investigation, the developer practices a “456” model (link in Chinese) — meaning its projects go from land acquisition to launch in four months, it collects payments from buyers within another five months, and recoups investments in another six months.

Such a short timeframe to recoup investments allows developers to continue to plow money into their next projects.

Bolstered by strong domestic sales, Country Garden reported that its 2017 annual core profit doubled to a record 24.7 billion yuan ($3.9 billion) on a 48% surge in revenue.