By Mo Yelin and Zhao Zuoyan 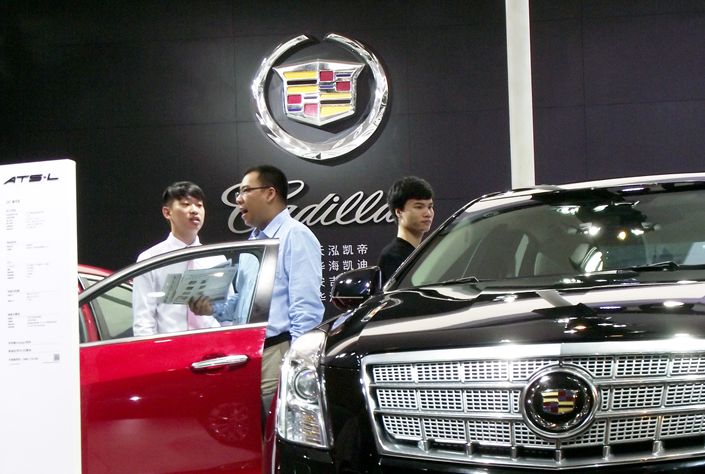 Consumers examine a couple of models at a Cadillac dealership in Nanjing, East China’s Jiangsu province, in July 2017. Photo: IC

Most major foreign automakers have reported an uptick in their sales in China’s luxury vehicle sector for the first half of the year.

These carmakers enjoyed robust sales as their vehicles are locally produced with Chinese joint-venture partners, therefore were not subjected to import taxes.

On the other hand, Germany’s Porsche and English Infiniti — most of whose models are imported into China — recorded poorer performance in the first half. Porsche sold 7% fewer cars, marking its first decline in 10 years.

Industry experts said China’s policy change for auto tariffs has partly affected these two brands. In May, the authorities announced that from July 1, duties on the bulk of imported autos will be slashed to 15% from as much as 25%.

“The news prompted consumers to wait and see if automakers would lower prices for their imported cars,” said Zeng Zhiling, general manager of LMC Automotive, a Shanghai-based industry consultancy.

However, analysts said U.S. automakers might take a hit in the second half amid heightened tensions between Beijing and Washington. In July, China announced that the levies for cars imported from the U.S. will be raised from 15% to 40% starting July 6 — part of the retaliatory measures against new tariffs from Washington on $34 billion of Chinese goods.

In response, BMW said it will raise the prices of two high-margin U.S.-made crossover sport-utility vehicles — X5 and X6 SUV models — in China by 4% to 7%, effective from Monday, Reuters reported Sunday.