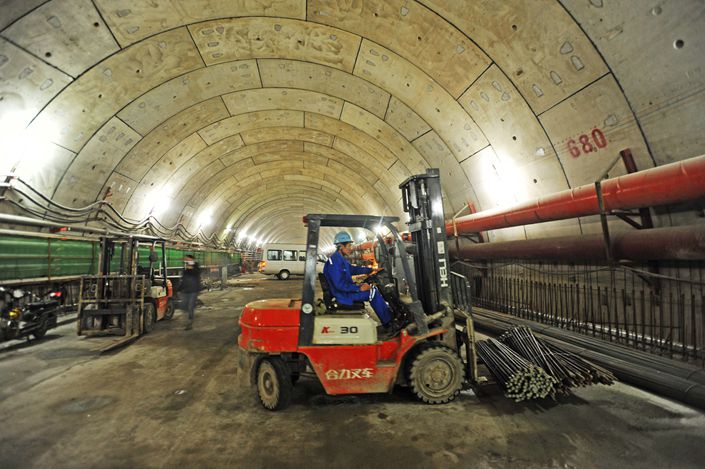 A train produced by the local subsidiary of leading manufacturer CRRC Corp. Ltd. derailed during a test in Wuhan, Hubei province, over the weekend, injuring three.

The incident occurred in the city’s southern Jiangxia district on Saturday, when several cars at the front of the train jumped the track and overturned after the driver applied the train’s brakes, the local government said in statement that night. Three people were sent to the hospital with injuries that were not life threatening.

The train, made by Wuhan CRRC Zelc Rail Transit Equipment Co. Ltd., was being tested for one of city’s the upcoming subway lines, according to a source familiar with the matter.

Wuhan has been on an infrastructure spree in recent years, with the government aiming to build 424 kilometers of subway lines by 2025.

State-owned CRRC and its subsidiaries have supplied most of the train cars for the country’s subway systems.

It is not the first time that CRRC trains have been in the spotlight due to an accident. In January, part of a new light rail service in a western Beijing suburb that used CRRC trains suspended operation following a derailment only days after it began running.