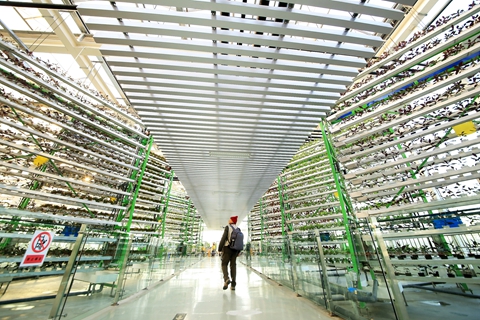 China’s State Council, the cabinet, issued new guidance for a pilot program to create a number of state-backed industrial investment concerns and asset managers. The goal is to generate reforms in state-owned enterprises that are plagued with low efficiency and overcapacity.

“Previously, there was no clear distinct between the two types of companies, and the market had no idea about the goals they were supposed to reach,” said a market source who closely follows reforms for state-owned enterprises, or SOEs.

In 2016, two central government-owned asset management and investment companies, China Chengtong Holdings Group Ltd. and China Reform Holdings Corp., were established to make investments and to hold and manage shareholdings in some companies on behalf of the government.

According to company reports and official information, China Chengtong set up a 350 billion yuan ($51 billion) investment fund in late 2016 with nine corporate partners to invest in a range of SOE restructuring projects, including the mixed-ownership reform in telecom giant China Unicom.

As part of the pilot, COFCO, the national food production and trading conglomerate, has launched an internal restructuring to set up independent asset investment and management vehicles targeting agricultural and food industries.

The commission detailed measures and punishments for officials who fail to perform their duties and whose actions result in asset losses or “other serious adverse consequences.”