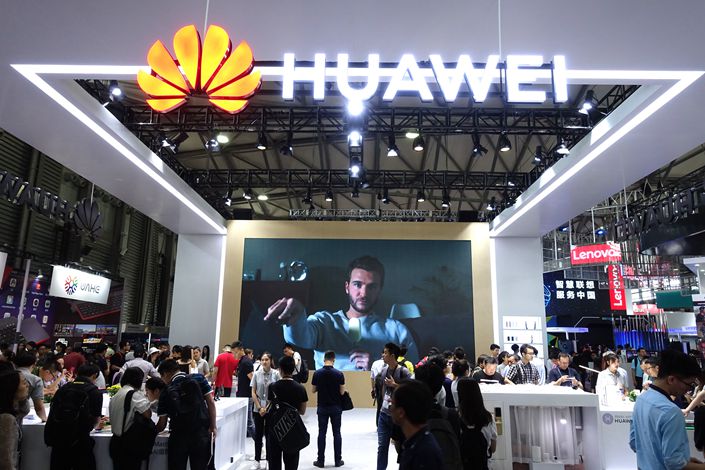 Attendees visit the Huawei booth during an industry event in Shanghai on June 14. Photo: IC

Telecom giant Huawei Technologies Co. Ltd. said its revenue grew 15% in the first half of the 2018, similar to the previous year, as surging business for its smartphone unit offset slowing sales for its older networking equipment business.

Huawei has emerged as one of China’s biggest high-tech stars in recent years, and is now the world’s biggest supplier of traditional networking equipment and the second largest smartphone-maker. But the company has also been the subject of controversy due to Western suspicions of company ties to Beijing, even though Huawei has denied any such connection.

As a private company, Huawei selectively releases operating and financial data in its efforts to be more transparent. The latest half-year report did not contain any additional data, including profit. Besides the revenue figure, it also included general summaries of developments for its main businesses selling networking equipment to carriers and enterprises, as well as its consumer business focused on smartphones and computers.

“Huawei continues to boost the efficiency and quality of its operations, which has helped contribute to its solid performance,” it said in a statement. “The company expects to maintain this momentum, and round out the year in a strong financial position.”

Huawei’s older networking equipment business has come under pressure in recent years, partly due to a slowdown in global spending, but also due to growing wariness about the security of its products in major Western markets. In one of the latest developments on that front, Britain last month released a report saying it has “only limited assurance” that Huawei’s products pose no national security threat.

While the networking equipment business has come under pressure, the slack has been offset by surging momentum for its smartphone business. New data released this week showed Huawei’s smartphone sales rose 41% in the second quarter of this year, helping it overtake industry stalwart Apple Inc. to become the world’s second largest smartphone-maker, with 15.8% of the market.

Last year, Huawei reported its revenue from smartphones grew 32% for the full year, while its traditional business of selling networking equipment rose just 2.5%.