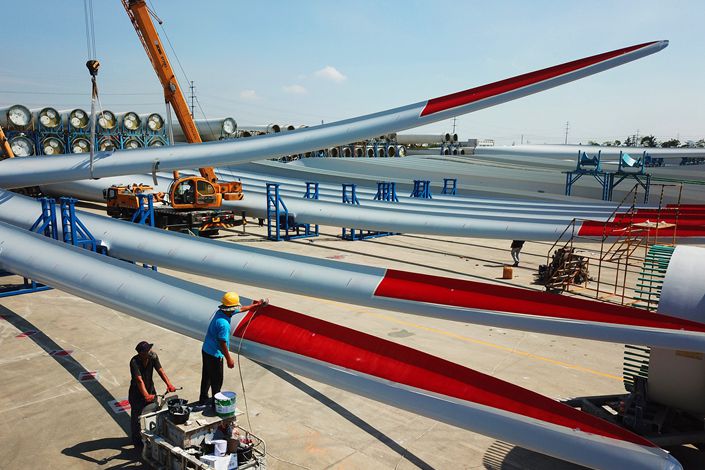 The Caixin China General Manufacturing Purchasing Managers’ Index (PMI), an indicator that gives a snapshot of operating conditions in the manufacturing sector, slipped to 50.8 in July from June’s 51.0. The reading had not been this low since November 2017.

In July, the subindexes for output and new orders remained in expansionary territory, but both slipped, the survey showed. New export orders shrank at a faster pace, marking the fourth straight month of contraction.

The outlook of demand from overseas has worsened amid the escalation of the trade war. On July 6, the U.S. started collecting additional 25% tariffs on Chinese goods worth $34 billion, triggering the latter’s retaliatory tariffs. The U.S. is also considering additional tariffs on Chinese products worth another $16 billion. On July 10, Washington escalated the trade war by releasing a list of $200 billion worth of Chinese products that could be subject to a new 10% tariff.

In July, China’s goods producers remained optimistic that production would rise over the next year, but the reading of the subindex for future output was close to June’s six-month low, the survey showed.

Input prices and output charges continued to grow, though at a slower pace, pointing to easing pressure on prices, Zhong said. Manufacturers pinned the change on rising raw material prices, the survey said.

Employment continued to contract in July, but the rate of job losses eased, the survey showed.

China’s official manufacturing PMI, released by the National Bureau of Statistics on Tuesday, fell to 51.2 in July, its weakest reading since February.