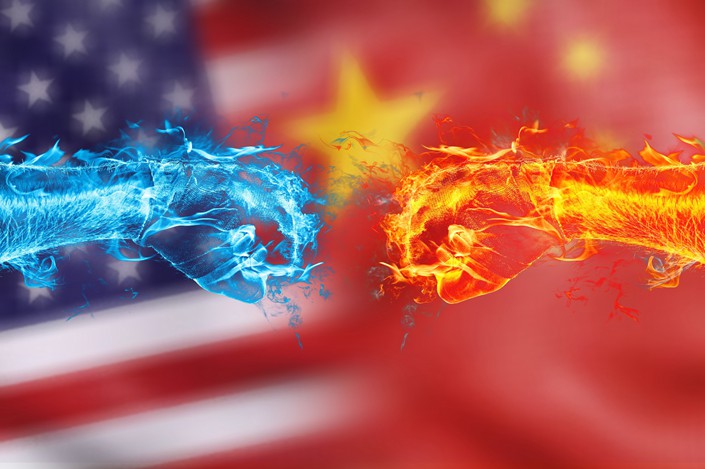 China would impose tariffs of 5% to 25% on 5,207 kinds of American imports if the U.S. were to follow through on its own recent threat of additional tariffs. Photo: VCG

China said it would retaliate against the Trump administration’s recent tariff threat with additional tariffs of its own on American goods worth $60 billion annually, as the trade war escalates between the world’s two largest economies.

Duties ranging from 5% to 25% would be levied on 5,207 kinds of American imports if the U.S. were to impose its proposed tariffs on another $200 billion of Chinese goods, the Chinese government announced Friday.

“The implementation date of the taxation measures will be subject to the actions of the U.S., and China reserves the right to continue to introduce other countermeasures,” China’s Ministry of Commerce said in a statement (link in Chinese).

The move followed White House confirmation that President Donald Trump on Wednesday instructed top U.S. trade official Robert Lighthizer to look at slapping an additional 25% tariffs on the Chinese goods, up from the 10% proposed on July 10, as Trump seeks to ratchet up pressure on Beijing in the intensifying trade dispute.

The proposed tariffs could not take effect before September, and no decision has been made, the officials said.

The Commerce Ministry on Thursday pledged that “China will have to retaliate to defend the nation’s dignity and the interests of the people.”

The trade friction between China and the U.S. is growing bitter. The U.S. has already imposed 25% tariffs on $34 billion of Chinese imports and is on schedule to levy similar tariffs on an additional $16 billion of goods.

China has struck back with tariffs on $34 billion of U.S. imports, especially farm products. The country is ready to respond to measures from Trump whether they involve $16 billion or $200 billion of Chinese imports, Bloomberg News reported last week, citing an official in Beijing who asked not to be identified.

In an interview last month on business-news channel CNBC, Trump threatened to impose punitive tariffs on almost all imported goods from China.