Opinion: ZTE Must Split Up and Rebrand to Survive 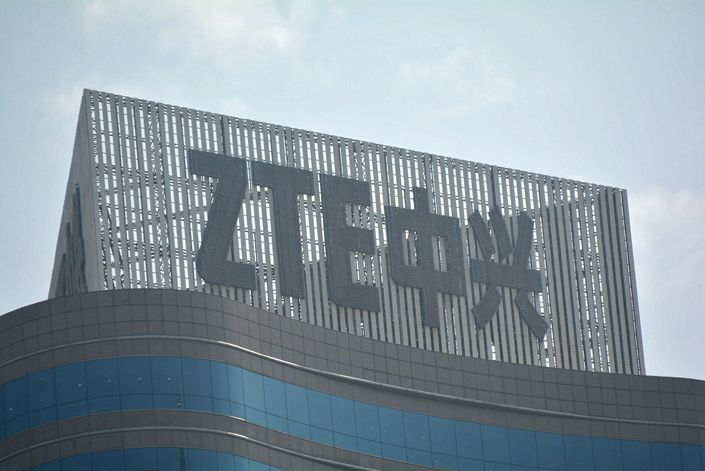 The U.S. government has allowed ZTE Corp. to resume buying U.S. technology and get back to business, but it cannot be business as usual. To regain lost ground in the critical U.S. smartphone market, ZTE needs to make major changes to its corporate structure and brand.

ZTE has been caught up in three issues: export violations, a trade war, and national security concerns. It was prevented by the U.S. Commerce Department from buying U.S. technology because ZTE was caught violating U.S. export laws. After paying a series of fines and making management changes, ZTE’s ability to operate was reinstated as part of President Donald Trump’s trade-war negotiations.

However, U.S. security officials still believe that Huawei Technologies Co. Ltd. and ZTE pose national security risks to the U.S. for other reasons. Political pressure scared U.S. wireless carriers away from offering Huawei’s smartphones earlier this year: AT&T Inc. and Verizon Wireless had both planned to sell Huawei’s Mate 10 Pro, only to cancel their orders at the last minute. This campaign will almost certainly be applied to ZTE going forward.

ZTE has been effectively locked out of the U.S. infrastructure market for years, and it has no chance of making headway on that front in the current political environment. However, ZTE cannot afford to leave the U.S. completely, as the country had been the largest market for ZTE’s smartphones. GlobalData’s data reflect this: Nearly every U.S. prepaid brand offers ZTE phones, with ZTE making up as much as 20% of some prepaid brand phone offerings, and an even higher percentage of phones below the $150 price point. I reached out to the four national carriers in the U.S., and while all still have ZTE phones in inventory, none would comment on their future plans.

In the U.S., carriers are the gatekeepers to smartphone sales: they have thousands of retail outlets, they are among the largest advertisers in the world, and they offer device financing, promotions, and hidden subsidies. ZTE won U.S. carrier business by discovering a need for inexpensive phablets, customizing them for each brand, and maintaining quality control to keep returns low. However, ZTE is hardly the only vendor capable of delivering on these metrics. U.S. carriers are also risk-averse; they are in a heavily regulated market, and they have already shown with Huawei that they will bow to political pressure. To stay on U.S. carrier shelves, ZTE will have to make structural changes to ensure that carriers can deflect any pushback from security agencies and Congress.

The most critical action ZTE can take is to separate its consumer-device business from its network infrastructure one. Networking infrastructure software can be layered and opaque, and even if there are no hidden back doors for Chinese intelligence to exploit, it will be impossible to prove a negative to U.S. security agencies. ZTE Mobile Devices needs its own management team based outside of China, and for financial transparency it should be listed separately on a Western stock market. At the same time, ZTE Mobile Devices should rebrand to something without “ZTE” in it — perhaps to Axon, its premium brand.

Smartphones are also sophisticated devices, but they are far less mysterious. ZTE’s smartphones run the fairly stock Android operating system from U.S.-based Google LLC, on off-the-shelf U.S.-based Qualcomm chip sets, that then pass through U.S. carrier network testing. If the phones are pinging Chinese servers somewhere, it should be possible to flag this, and nobody ever has. To further placate worries that ZTE might be hacking Android somehow, ZTE Mobile Devices should pledge that all new phones will run branded versions of Android direct from Google — Android Go or Android One. For phones where that is not practical (the next Axon M, for example), it should release its software as open source. ZTE Mobile Devices will need to work with carriers to ensure that security and OS updates are released regularly, something that is rare among prepaid and entry-level phones.

Ironically, ZTE’s parentage and troubles present the opportunity for the new ZTE Mobile Devices to market itself as the most secure Android smartphones for consumers. ZTE Mobile Devices should publicly promise that all data generated on ZTE smartphones sold in the U.S. will be stored on servers physically located in the U.S., and at no point will any data be routed through China for any reason. ZTE assured us that this is actually its current practice, so it should not be hard to make this a public promise and back it with an external compliance audit and marketing.

Of course, the rest of the market is not standing still, and ZTE’s troubles present an opportunity for rival smartphone vendors. South Korean vendors will try to position themselves as the safest choice for U.S. carriers, even if nobody is accusing Chinese companies like Lenovo, TCL, Coolpad, or Xiaomi of any wrongdoing.

ZTE not only needs to secure its position at the low end, but it must find a way to move up into the more-profitable mid-tier, where Lenovo’s Moto G line holds the value crown, and Samsung and LG use their brands, strong carrier relationships, and frequent promotions to generate sales. ZTE can certainly continue to try taking on the leaders in flagship smartphones, but it needs to pick its battles. Even if ZTE does regain full cooperation of U.S. carriers, it is not likely to have meaningful success against Apple Inc. or Samsung there because U.S. consumers are locked into those brands.

The fact that the U.S. government could completely shut down a major company has been traumatic for Chinese executives and politicians. In response, Chinese companies will be making major state-sponsored investments in reducing reliance on all key U.S. technologies. As U.S. suppliers resume sales with ZTE, they must plan for an eventual backlash from China. However, Google’s Android cannot be easily replaced with alternative operating systems because Western consumers expect access to the Google Play store and other key Google apps and technologies. Until that changes, Chinese smartphone vendors who want access to Western markets will need to make pilgrimages to Mountain View, California, even if Washington D.C., is hostile ground.

Avi Greengart is research director of consumer platforms & devices at GlobalData. This column was based on the GlobalData report “ZTE Is Back in Business: Now What?”