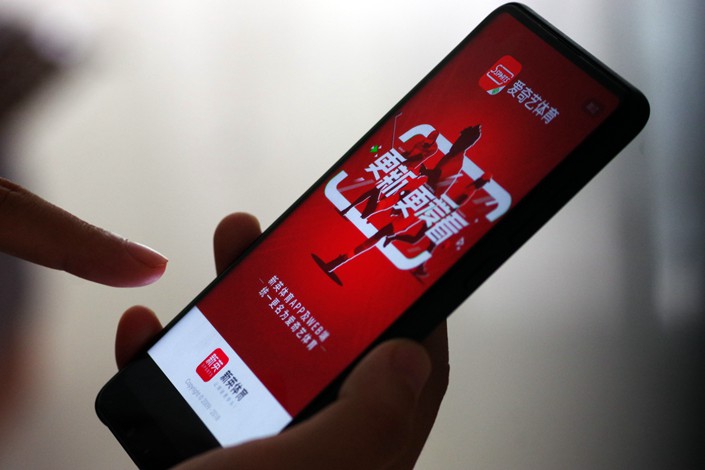 Video-streaming platform iQiyi Inc. hopes to use sports-related content to increase its audience base. Photo: IC

A joint venture between iQiyi Inc. and a sports broadcasting company has received its first funding of 500 million yuan ($73.1 million), about two weeks after its founding.

Beijing Xin’ai Sport Media Technology Co. Ltd. has drawn in two investors — IDG Capital and an investment firm related to DDMC Group — whose total capital values it at more than 3 billion yuan, the company said in a statement (link in Chinese) on its official WeChat account on Tuesday.

Beijing Xin’ai was formed in late July by iQiyi — China’s major video-streaming platform backed by search engine Baidu Inc., and which went public in the U.S. in March — and Super Sports Media, a broadcast company known for livestreaming popular sports events such as the English Premier League.

IDG Capital will spend 400 million yuan to acquire a 13% stake in Beijing Xin’ai, while the second firm will own 3% with the remaining investment. After the deal, iQiyi’s shares will be diluted to around 32%, while those of Super Sports will go down to around 36%.

“Super Sports has garnered much success in its pay sports channels,” IDG Capital said in the same statement. “Beijing Xin’ai has a bright prospect leveraging the operational experience of Super Sports, and also the high traffic and solid sales and marketing activities from iQiyi.”

As part of the deal, the existing Super Sports app will officially change its name to iQiyi Sports, the statement said.

The upgraded app will bring together extensive soccer, tennis and golf coverage drawn from broadcasting agreements made by both iQiyi’s sports platform and Super Sports, including top flight coverage of the English Premier League, the UEFA Nations League, the Australian Open, the ATP Tour and the WTA Tour, the statement added.

IQiyi, which boasts 60 million subscribers, is hoping to use the sports-related content to increase its audience base, as it competes with two other larger rivals — Tencent Video, backed by Tencent Holdings Ltd.; and Youku Tudou, backed by Alibaba Group Holding Ltd.

Tencent is now the exclusive provider of livestreamed NBA League Pass in China, while Alibaba last month made a pact with Suning Sports to cooperate on sports content.