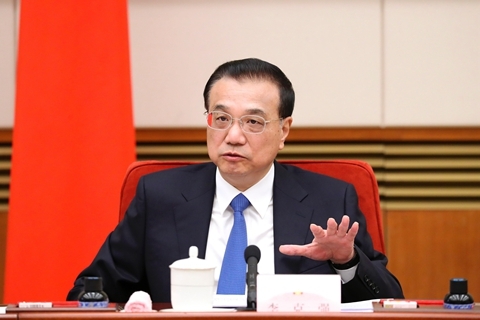 China is pushing to accelerate growth of its own technology research and development capacity to move the economy to the upper end of the international supply chain. This strategic goal has assumed greater urgency amid the intensifying trade war with the U.S. and foreign regulators’ tightening scrutiny of Chinese investments in tech sectors.

Tech-related stocks in China rallied on the news. Shares of a number of major tech companies surged by the 10% daily limit Thursday. China’s Nasdaq-like ChiNext board in Shenzhen finished the day up 3.4%.

The new group will be led by Premier Li Keqiang with Vice Premier Liu He as deputy, the cabinet said (link in Chinese) Wednesday. The previous leadership group was created in 1998 to promote technology and education development. Li has headed the former group since 2013.

The revamp is part of the government’s institutional reform and was made because of “relevant arrangements” required by the needs of government operations, the General Office of the State Council said without elaborating.

The group will focus on national demands and coordinate resources to promote systemic development of science and technology and make breakthroughs in key areas, Xinhua said.

The group’s new name reflects a tighter focus on technology. Housed in the Ministry of Science and Technology, the sci-tech group is charged with studying and reviewing national technology development strategy, policy and projects, as well as coordinating among ministries, departments and local authorities on major technology issues, the cabinet said in the statement.

The 14 members of the group are top policymakers, including the director of the National Development and Reform Commission, the ministers of education, science and technology, industry and information technology, and finance, as well as the central bank governor and the heads of top national think tanks.

Foreign governments’ actions restricting tech sales to China and Chinese technology investments — especially by the U.S. — have provided new incentives for China to emphasize expanding its own capabilities.

The German government in late July blocked a Chinese company’s acquisition of an advanced German machinery manufacturer due to concerns about surrendering key technology, the first deal Berlin has effectively vetoed.

Earlier this year, a crippling ban on Chinese telecom giant ZTE Corp. on buying key parts from U.S. suppliers led to months of business suspension for the company and served as a wake-up call for China’s chip industry, analysts said.