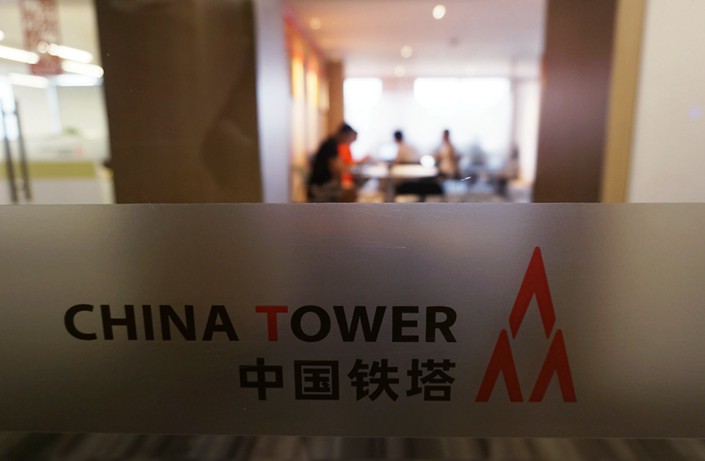 Shares of China Tower Corp. Ltd. edged down 0.77% in Monday trading after the release of its first earnings report over the weekend. Photo: IC

China Tower shares edged down 0.77% in Monday trading after the release of its first earnings report over the weekend, ending the day at HK$1.29 (16 U.S. cents). That was just marginally higher than the HK$1.26 price from its IPO, which had become the world’s largest in two years by raising $7.9 billion last week.

Investors have been unimpressed by the company’s slow-growth story due to its status as operator of the cellular towers used by China’s big-three state-run wireless carriers — China Mobile, China Unicom and China Telecom. Those three have largely built out their large national networks and now spend most of their money upgrading those networks rather than setting up base stations in new locations.

That slow growth was on display in China Tower’s first earnings report, which showed the company’s revenue rose by a modest 6.2% in the first half of 2018 to 35.3 billion yuan ($5.15 billion). Revenue from the company’s core tower business, which accounts for 96% of its total, rose by an even slower 3.8%, according to its earnings report published on Sunday.

The company’s profit also rose by a modest 8% to 1.21 billion yuan.

China Tower said it is well-positioned to take advantage of Beijing’s ambitions to turn the country into a “cyber power,” which will require major construction of infrastructure to host the many networks that underlie such communications, according to a statement accompanying the report.

“We are poised to capture these opportunities and feel confident about our future,” it said. “We are committed to driving healthy and sustainable growth of the company by accelerating our pace of development, promoting our resources-sharing strategy and enhancing our specialized management.”

China Tower was formed in 2014 through a pooling of cellular tower assets from the nation’s three big carriers, which became the new company’s largest shareholders. It failed to attract much enthusiasm during its IPO process over the last month, which ended with a flat opening for its shares when they began trading in Hong Kong on Wednesday.

China’s broader wireless market has experienced a sharp slowdown in growth in recent years, as the large majority of people now have access to both fixed-line and wireless communications. The nation’s top carrier, China Mobile, which controls about 60% of the market, last week reported its revenue grew by less than 1% in this year’s second quarter, while its profit grew by about 5%.