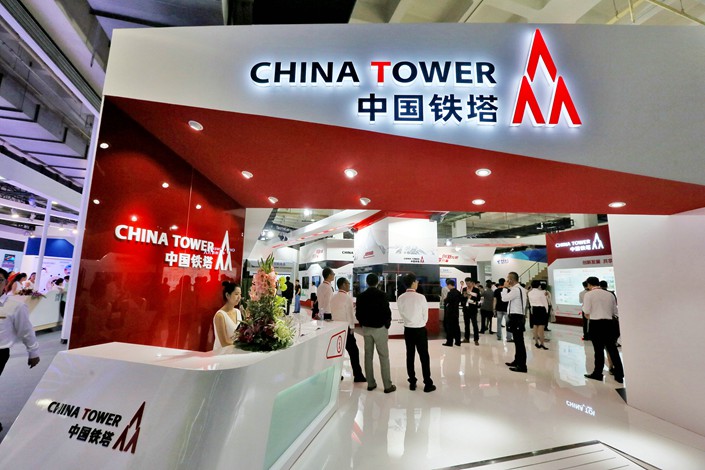 Beijing — China Tower Corp. Ltd., operator of the cellular base stations used by the nation’s three wireless carriers, plans to raise up to $8.7 billion in a Hong Kong initial public offering (IPO) in what is likely to become the world’s biggest listing this year, according to the latest copy of its prospectus released on Monday.

China Tower plans to issue about 43 billion shares, and has set its price range at between HK$1.26 (16 U.S. cents) and HK$1.58 per share, according to the materials. A pricing at the top end of the range and exercising of the overallotment option could give the company a market value of up to $36 billion.

The company is expected to set its final price on Aug. 1, according to the latest prospectus. Its shares are set to start trading in Hong Kong on Aug. 8, a highly sought-after auspicious date because of a similar sound between the Chinese words for the number “eight” and “to get rich.” The company first applied for the listing in May.

The listing would come about a month after smartphone maker Xiaomi Corp. became the biggest high-tech IPO since 2014 with its $4.7 billion listing in Hong Kong earlier this month. China Tower would also become the first major new listing by a Chinese telecom infrastructure operator since 2002, when China Telecom became the last of the nation’s three major carriers to go public with a listing in Hong Kong.

China Tower was formed in 2014 through a pooling of the base stations owned by China’s three major wireless carriers — China Mobile, China Unicom and China Telecom — which all became major stakeholders in the new company. The three giants formed the company under the direction of China’s telecom regulator, the Ministry of Industry and Information Technology, a common practice in China for industries dominated by a small number of state-owned giants.

Such consolidation of cellular base station operators occurred earlier in more mature markets like the U.S., where carriers sold off their towers to independent operators so they could focus on operation of their wireless networks.

China Mobile, which controls about 60% of the nation’s wireless market, is China Tower’s biggest stakeholder, with 40% of the company. The two smaller carriers each hold about 30%, according to the company’s prospectus. Those ratios will be diluted to 38% for China Mobile and about 28% each for the other two carriers after the offering.

The company had previously aimed to list last year, but delayed the plan due to tepid reception. Earlier reports indicated the latest offering was also meeting with relatively tepid demand due to the mature nature of the business and limited growth potential.

The listing is being underwritten by CICC, Bank of America Merrill Lynch, JPMorgan and Goldman Sachs. The bulk of the listing, 95%, will go to the international portion of the offering, while the remaining 5% will be sold to Hong Kong investors.