By Yu Hairong and Leng Cheng 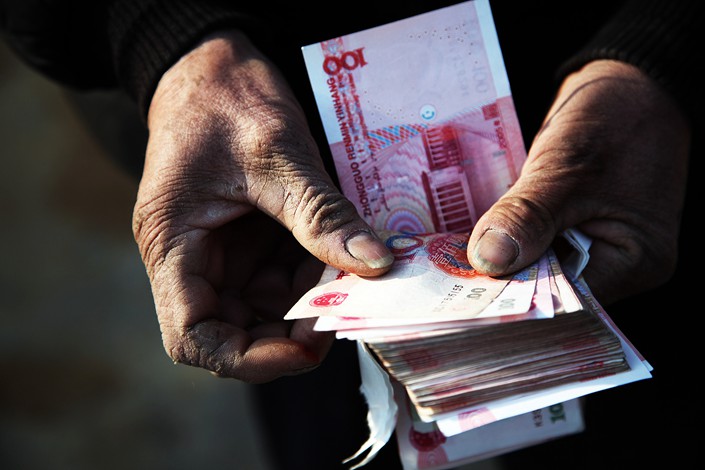 Ten cities and provinces will be included in a finance ministry trial program to subject government procurement of services to third-party assessment. Photo: VCG

The Ministry of Finance wants to bring in some outside supervision to local government procurement as service contracts have become a well-known channel for off-budget borrowing.

The move indicates that misuse of services procurement remains a serious issue in local government finance as the central government soldiers on with its national campaign to get debt — particularly hidden local government debt — under control. China had a 253% debt-to-GDP ratio in 2017, more than twice high as its ratio in 2008, according to International Monetary Fund statistics.

This year and next, the ministry will roll out a trial program that will subject local government procurement of services to third-party assessment in 10 cities and provinces, including the cities of Shanghai, Tianjin and Shenzhen, according to a ministry statement released on Tuesday.

Service procurement contracts turned out to be a convenient way to get around these prohibitions. Thanks to regulations issued in 2014 that allowed local governments to pay a company providing it with services to build assets, officials began signing these contracts with their LGFVs for unspecified services that amounted to securing a loan for an infrastructure project, which the local government then guaranteed. Projects got funded without increasing the debt of local governments, even though they were still on the hook for the loans.

By introducing third-party assessment to the services procurement, the central government is trying to restore the intended purpose of these contracts, which was to allow governments to hire outside companies to provide services such as elderly care, job training and education.

Under the trial program, third parties will be able to assess the cost-efficiency, compliance, and fairness of the service procurement contracts.

Regulators have been signaling that they want to prevent service procurement from turning into a more serious issue for local government finance. In an opinion piece on Aug. 1, Finance Minister Liu Kun vowed to get a grip on hidden local government debt, reiterating that raising off-budget debt through methods such as services procurement, public-private partnership projects and government investment funds should be “firmly curbed.”