Apple Removes Lottery Apps After State Media Rebuke, But Domestic Stores Do Not 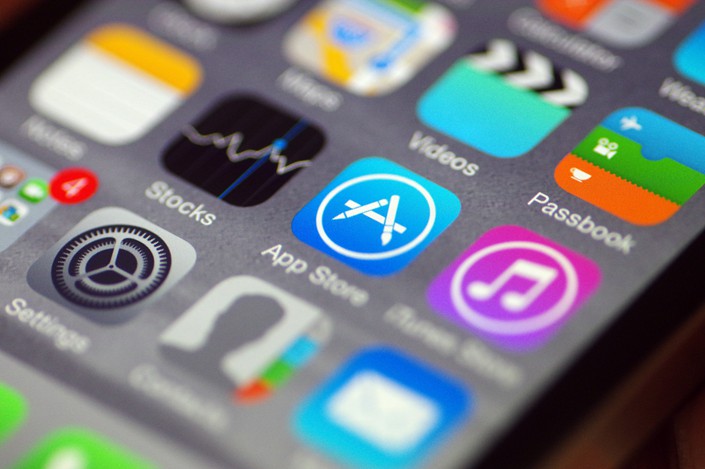 After coming under fire from China’s national broadcaster, Apple Inc. has removed 25,000 lottery and gambling apps from its China App Store. But major domestic stores still host many such apps, which has led to accusations of double standards.

The official China Central Television (CCTV) recently reported the removal, following a July exposé by the broadcaster that criticized Apple for not doing enough to ensure the safety and legality of the apps available for download on its App Store.

It cited a case in which a Chinese man spent a combined 120,000 yuan ($17,500) on entering lotteries on an app he downloaded from Apple’s store, only to learn that the organization behind the app was not authorized to operate a lottery.

Gambling is generally illegal in the Chinese mainland, and online lotteries are highly restricted by a 2015 regulation. Lotteries in China are legally divided into “welfare” and “sports” varieties, which are exclusively sold offline by two state-owned organizations. Online welfare lotteries require the approval of the Ministry of Finance; however, according to CCTV, the ministry has never approved any. Caixin has learned that online sports lotteries are banned.

A Caixin search Tuesday found that lottery apps have almost vanished from Apple’s App Store in China, but a few were still searchable using synonyms of popular keywords. Some of the remaining apps say that they provide only “forecasts” for the state-run lotteries based on big data, but a certain number of them still allow users to enter separate lotteries.

While Apple has found itself targeted by state media, other app store operators have been left unscathed, despite offering many lottery apps.

As the Google Play app store is blocked in China, the Android mobile operating system app market is contested by several local companies. A Caixin search Tuesday found that there were more than 90 apps related to the keyword “lottery” on Tencent Holdings Ltd.-owned app store MyApp. The store has the largest market share in China, with 13.68%, according to AppInChina, a company that helps launch and promote apps in the Android market in China.

The market’s No. 2 store, 360 Mobile Assistant by Qihoo 360 Technology Co. Ltd., returned more than 180 search results to the word “lottery.”

Caixin requests for comment to Tencent and Qihoo were not answered.

Similar to Apple’s store, many lottery apps on the local Android stores describe themselves as mere data providers, while some said that they would place offline orders for lottery tickets for users who placed online orders — a claim difficult to verify.

Referring to Apple being singled out for criticism, Antony Chang, marketing manager with AppInChina, told Caixin that “there is somewhat of a double standard, as some Chinese Android app stores also have the same problem.”

But Chang added that “Apple’s app uploading system for China isn’t completely adapted to fit local regulations and cyber laws, so the issue is bigger and there are more ‘illegal’ apps on the App Store.”

“I think soon both platforms will be equally governed and regulated by local authorities,” Chang said.

Other domestic app stores are more cautious when dealing with lottery apps. The fifth-largest player, the Huawei App Market, attaches a warning to lottery-related apps, saying “online lottery sales are illegal, there are risks that (users) can’t withdraw the money,” while the apps are still downloadable. The app store of Xiaomi Corp. has a similar warning to the Huawei App Market, but hosts fewer lottery apps.