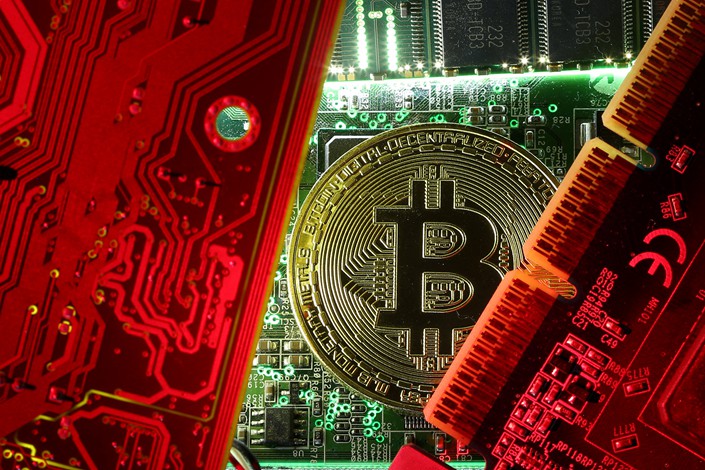 The authorities in the Beijing district home to the capital's financial district have banned bars, office buildings and shopping malls in the area from allowing any form of “cryptocurrency promotion activities.” Photo: VCG

*Apps connected to these accounts are still available, but sources close to regulators say they will be targeted next

Several blockchain-related social media accounts were shut down on Tuesday evening as the government cranks up the pressure on cryptocurrencies.

The public WeChat accounts of some of the most influential cryptocurrency information accounts — such as Huobi News, Huobi Research and TokenClub — were among those removed for violating regulations, according to Tencent Holdings Ltd., the developer of WeChat, China’s most popular social media platform.

Tencent said that several accounts were blocked after being suspected of promoting cryptocurrency trading and initial coin offerings (ICOs) — a way of fundraising through cryptocurrencies. In September, China became the first country in the world to ban ICOs, warning they were “giving rise to speculation and inviting suspicion of illegal financial activities.” It later expanded the crackdown to exchanges, prohibiting them from trading virtual currencies with legal tender. The People’s Bank of China said at the time those companies that had raised funds this way should liquidate the proceeds and give refunds to investors.

While these kind of platforms market themselves as giving out fast and accurate information on blockchain-related topics, industry figures have told Caixin that many are complicit in cheating investors. The global cryptocurrency boom has been accompanied by a corresponding rise in related fraud. A report by the Bank of International Settlements released earlier this year warned that ICOs in particular are plagued by such issues, with many turning out to be “fraudulent Ponzi schemes.”

The government clampdown has also recently moved from online spaces to offline ones — on Wednesday, The Beijing News, a local news agency, reported that a government office in Chaoyang district, home to the capital’s central business district, had banned bars, office buildings and shopping malls in the area from allowing any form of “cryptocurrency promotion activities.”

So far, the WeChat mini programs affiliated to the banned WeChat public accounts remain in service, and the related apps are still available on Tencent-owned app store MyApp. Holders of the now-banned accounts have seen this as a way to continue business — one said to followers that they could set up an app within a week to continue to publish content. But Caixin has learned from those close to regulators that such a strategy will likely be short-lived. Blocking WeChat public accounts is only part of the cleanup — and apps will be included in the next step.

There’s some very recent precedent for such actions— after coming under fire from China’s national broadcaster for not protecting customers, Apple Inc. removed 25,000 lottery and gambling apps from its China App Store this month.

In February, regulators moved to stamp out domestic investors buying cryptocurrencies on overseas platforms. The following month, Caixin learned that the social media accounts of some cryptocurrency exchanges were also banned, as they had continued to be used by Chinese investors.