By Yang Zheyu and Li Rongde 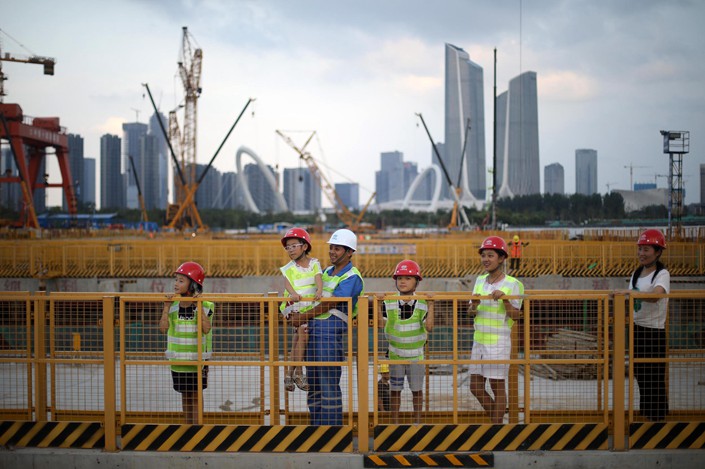 A prominent legislator is calling for the overhaul of China’s household registration system, arguing that it is squandering the country’s huge population benefits by reducing the ability of migrant laborers to work into their later years.

The “hukou” system is a decades-long policy that affects what social benefits citizens are able to receive and to where they can relocate.

“The system shortens the work life of migrant laborers by one-third, or 15 years of their work life,” said Huang Qifan, a vice chairman of the Financial and Economic Affairs Committee of China’s top legislature, the National People’s Congress.

“That’s because they are less competitive in the job market after 45 and have no access to government job-creation programs available only to those registered as local residents,” he said at the Fourth China Smart City International Expo, held in the southern city of Shenzhen.

Job training is one of numerous social benefits to which locals have access but which may be off-limits to migrants who have not obtained a hukou where they reside.

The hukou system, in place for six decades, was designed to restrict the flow of residents from rural to urban areas, as residency was tied closely to access to benefits, such as monthly rations, under China’s planned economy.

But after China began to open up in the late 1970s, the system could no longer rigidly prevent people from moving around. However, it still limits nonlocals’ access to public services such as public schools and government-subsidized homes.

Huang, an outspoken legislator and the former mayor of the southwestern municipality of Chongqing, called for speedy overhaul of the controversial system so that China could still tap into the dividend from its abundant pool of migrant laborers.

Most of those laborers leave their families behind due to restrictions linked to the hukou. The workers often return to their native homes for two months a year for holidays, usually during the Chinese Lunar New Year — a loss of another sixth of their work lives, Huang said.

Workforce benefits due to China’s large population decline quickly even as the country’s urbanization rate remains low, at about 60%, he said.

Large Chinese cities have seen a worsening labor shortage after the hukou system failed to fully relocate an expected 280 million migrant laborers into cities, he said.

For cities, Huang said that regulators need to ensure a balance between demand and supply of laborers, and a balance of land supplies and housing development.