By Ke Dawei and Huang Kaiqian 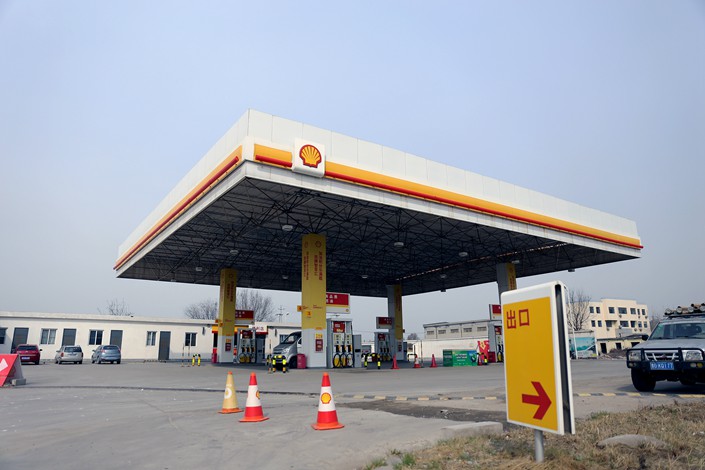 Shell will pump up its China operations from around 1,300 stations today to about 3,500 by 2025, Caixin learned from John Abbott, the company’s downstream director. It has not yet decided how many stations will be wholly owned or joint ventures.

China’s government is looking to increase competition in the sector. At the end of June, the Ministry of Commerce and the National Development and Reform Commission announced the removal of rules that limited the number of wholly foreign-owned gas stations to 30. The rules had also stipulated that any gas stations above that number would have to be built and controlled by a Chinese partner.

Shell is not the only multinational player smelling greater opportunities in China. A week before the 30-station limit was scrapped, Caixin learned that BP PLC plans to ramp up its gas station operations by another 1,000 compared to 740 sites today, in a bid to wrestle more market share from China’s state-owned sector.

Yet analysts say that new contenders may struggle to find a place among China’s current 110,000 gas stations, with state-owned giants already ensconced in the best locations — even in third and fourth tier cities. To gain a foothold in key locations, the likes of Shell and BP may have to buy out already-ensconced owners, adding to the costs of entering the market. And while China’s private refiners have ramped up China’s supply of refined oil in recent years, many are looking to move into the gas station business for themselves, making competition even more ferocious, said Li Yan, an analyst with industry platform oilchem.net.

Abbott said he is aware of the challenges, but is confident that Shell’s experience at running convenience stores inside its gas stations will give it an edge, and it will differentiate itself by targeting the higher end of the market with products such as its “V-Power” gasoline, which it claims is more efficient than ordinary varieties.

Shell is also preparing to roll out a pilot program for providing charging stations for electric vehicles. Yet the battle looks to be fierce in this arena too, with the government aiming to build about 500,000 public charging stations by 2020 in a bid to support the country’s burgeoning electric-vehicle sector. Last month BP said it was backing startup NIO with a $10 million investment. The battle for market share looks set to be high-octane across traditional and new fuels.