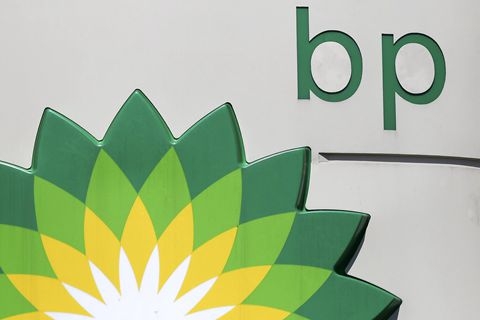 BP has stepped up expansion in the emerging new-energy vehicle market. Photo: VCG

BP Venture, the venture capital unit of BP, made the investment in a U.S. dollar-dominated fund managed by NIO Capital, the oil company said Wednesday.

The investment followed a strategic partnership forged by BP and NIO in May, under which the parties agreed to jointly explore emerging sectors such as electric cars and internet-based transport in China.

NIO Capital partner Zhu Yan told Caixin in May that the partnership will focus on building a worldwide network of electric-vehicle charging systems.

China’s new-energy vehicle market has grown into the world’s biggest, thanks to supportive government policies and subsidies. In 2017, the country accounted for more than half of global electric vehicle sales.

China set a target of annual sales of 7 million electric vehicles by 2025 and aims to install about 500,000 public charging stations by 2020. Swiss bank UBS recently raised its global electric-vehicle sales forecast because of higher demand in China. The bank expects almost every sixth car sold in the world to be electric by 2025.

Traditional energy giants like BP have stepped up expansion into the burgeoning sector. In June, BP acquired British car-charging service provider Chargemaster. In January, BP invested $5 million in a U.S.-based manufacturer of mobile electric-vehicle rapid charging systems and plans to roll out charging units at selected BP gas stations in Europe this year.

NIO Capital didn’t disclose how much has been raised for the fund. BP Venture said it will not take part in daily management and investment decision of the fund.

Established in 2014, NIO is backed by internet giants JD.com, Tencent Holdings and Baidu Inc. NIO unveiled its first mass-production vehicle model, the ES8, last year. The seven-seat SUV, which some call the “Tesla killer,” will be offered at half the price of Tesla’s comparable Model X. The ES8 is set to hit the market in December.

NIO has been investing heavily in businesses related to electric-car manufacturing and services through NIO Capital. The company has made investments in 15 domestic companies including car-hailing startups Shouqi Yueche and Dida Chuxing. NIO Capital last month led a funding round raising millions of yuan for car parking service provider AIPark.

NIO is preparing to raise as much as $2 billion through an initial public offering in New York by year end, a knowledgeable source told Caixin.