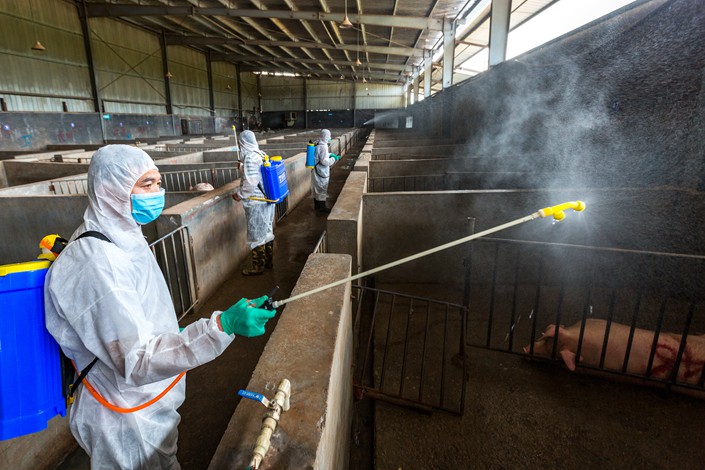 China’s efforts to contain African swine fever have received another setback, following the latest outbreak on a couple of farms in interior China’s Anhui province. The latest outbreak occurred in the city of Xuancheng, according to a statement (link in Chinese) posted on Sunday on the website of the Ministry of Agriculture and Rural Affairs.

It occurred on two separate farms, and saw 134 pigs become infected and die out of a total of 725, according to the statement. Since the start of August, outbreaks have been reported in the Anhui city of Wuhu, as well as in Henan, Zhejiang, Jiangsu and Liaoning provinces. To date nearly 40,000 pigs have been slaughtered in an effort to contain the disease.

African swine fever, found in warthogs, bush pigs and ticks, has historically been reported across Europe, Russia and sub-Saharan Africa, but never in East Asia until China reported the first outbreak last month. It does not affect humans.