Chart: The Spread of African Swine Fever Across China 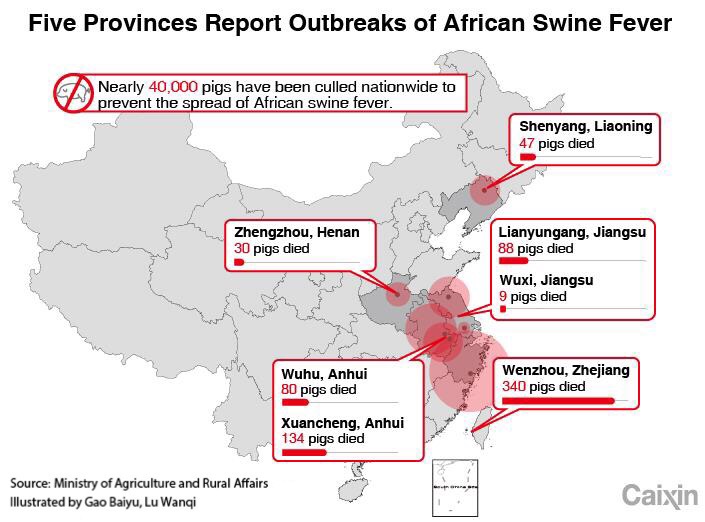 The city of Wuxi has become the latest place in China to report an outbreak of African swine fever, worsening the situation in the world’s largest pork market that began in early August in the country’s northeast.

Nine pigs died on a small farm that had a total of 97 pigs in Wuxi, Jiangsu province, according to a statement by the Ministry of Agriculture late Monday.

The Agriculture Ministry said on Sunday that the situation is severe, as 11 other countries around the world have also reported more than 3,000 outbreaks, including several around China. But the ministry said that generally, the spread of the disease is under control.

The National Development and Reform Commission, China’s economic supervisor, told the official Xinhua News Agency on Tuesday that although the price of pigs has been bouncing back since a fall to an eight-year low in May, this low point was mainly caused by normal diseases over the past winter and spring, affecting supply. African swine fever is expected to have a limited impact on the supply and price of pigs, the commission said.