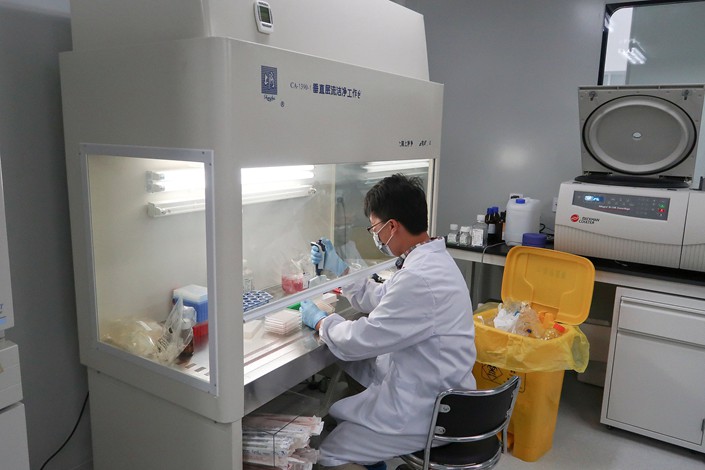 U.S.-listed drugmaker Zai Lab Ltd. said it plans to raise $150 million through the sale of new shares, just a week after it abandoned testing for one of its major new drugs and as reports emerged it was planning a second listing in Hong Kong.

Zai’s fund-raising would mark the latest in a growing list of similar share sales by money-losing Chinese drugmakers, seeking to take advantage of positive investor sentiment and recently relaxed rules that now allow such listings in Hong Kong even if firms are not profitable. The industry’s nascent boom is being driven by expectation of surging demand for drugs from increasingly wealthy Chinese with better access to drugs and advanced medical services.

Zai said the deal’s underwriters include JPMorgan, Jefferies and Citigroup, and that they would have an option to sell an additional $22.5 million in the company’s American depositary shares if demand is strong, according to a company announcement on Monday.

“We intend to use the net proceeds of this offering to advance the clinical development of our multiple drug candidates and for additional business development activity and for working capital and other general corporate purposes,” Zai said in a prospectus filed to the U.S. securities regulator detailing the sale of American depositary shares.

Like many of its peers, Zai is currently losing money while it tests the drugs in its pipeline with an eye to eventual commercialization. The company posted a $24.4 million loss in the first half of this year, narrowing from a $41.5 million loss for the same period a year earlier. Word of the latest fund-raising plan comes about a week after Zai announced it has halted development of a key skin disease treatment after the drug failed in clinical trials, spotlighting the risks faced by the new generation of Chinese drugmakers.

Zai previously raised $150 million in a New York public listing about a year ago. Its shares are still about 26% above their initial public offering (IPO) price, though they have lost about 10% of their value since announcement of the failed skin treatment trials.

Two weeks ago Reuters also reported the company was in talks to make a second listing in Hong Kong, taking advantage of the rule change that allows money-losing drugmakers to make IPOs in the former British colony. Hong Kong previously had strict profitability requirements for all companies to list on its main board, but relaxed them in a bid to attract firms from the hot biotech sector.

At least two money-losing Chinese drugmakers have made Hong Kong IPOs since the rule change earlier this year. But both of those have received tepid reception from investors, with BeiGene Ltd. and Ascletis Pharma Inc. now trading below their respective IPO prices.