By Yang Ge and Ke Dawei 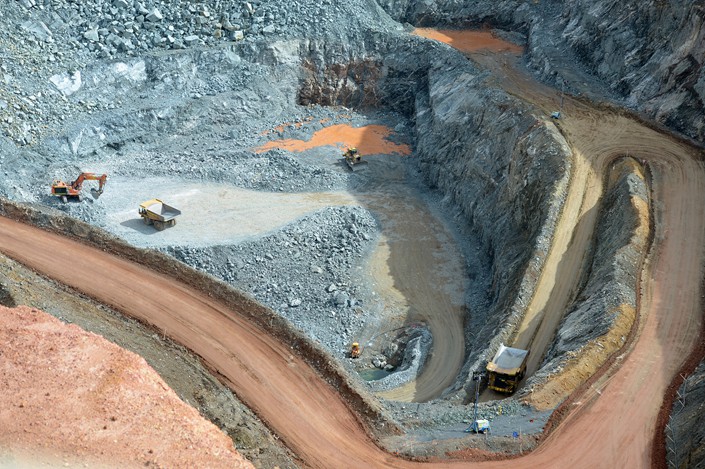 Natural resources are one of the oldest areas for Chinese overseas acquisitions, with major deals dating back nearly two decades as China pursued supplies to feed its booming economy. The pace of buying has slowed in recent years as China’s economy slowed and global commodity prices softened, though a smaller pipeline of deals is still occurring in certain strategic areas like copper.

The latest of those would see Zijin pay $350 million for 63% of state-run Serbian miner RTB Bor Group, Zijin said in a filing late on Sunday to the Hong Kong Stock Exchange. That money would be part of $1.46 billion that would be invested over the next six years on Bor’s operations, including $1.26 billion for reform, expansion and construction of the company’s four mines and a smelter.

Following those activities, Bor’s operations are expected to have annual production capacity of 120,000 tons of copper, as well as 10.6 tons of silver and 1.45 tons of gold. The smelter facility connected to the project would have the capacity to produce about 150,000 tons of copper cathode annually.

“The mines … are situated on the famous Eurasian metallogenic belt, which have a good prospect for mineral formation, great potential for exploration, and considerable opportunities for integration with the surroundings,” Zijin said in a statement. “If the transaction is successful, the company can further increase its resources reserves and production volume and raise the company’s comprehensive capacity and position in the industry, which aligns with the company’s development strategies and is in the interests of all the shareholders of the company.”

Zijin shares jumped sharply after its selection for the project was first announced by the Serbian government in mid-August, gaining as much as nearly 11% in the following days. The shares were down about 0.7% on Tuesday, but are still about 10% above the pre-announcement levels.

The acquisition should add about $40 million to Zijin’s profits for every 40,000 tons of copper, estimated Xu Yongqi, an analyst at Citic Futures, the futures arm of one of China’s largest conglomerates.

“China is a country that has a shortage of copper resources, so Zijin’s going overseas to buy this kind of asset is in line with a national strategy,” he said. “Zijin is a specialist in several kinds of metals, including copper, zinc, gold and silver. Its overseas investments in recent years have been focused on those minerals, including in places like Africa.”

He added that the latest investment was a midsize one for Zijin, and that the project looked good due to its large reserves.

The metal mining arm of Citic, Citic Metal Co. Ltd., made similar headlines in June when it announced it would purchase about 20% of Canada’s Ivanhoe Mines, giving it access to some of the world’s richest copper reserves in sub-Saharan Africa. Citic Metal became Ivanhoe’s second Chinese investor, after Zijin acquired a 9.9% stake through a subsidiary in 2015.

That same month, state-owned mining giant Aluminum Corp. of China (Chinalco) announced it had started a $1.3 billion expansion of the Toromocho copper mine in central Peru to expand production by China’s largest overseas copper asset.