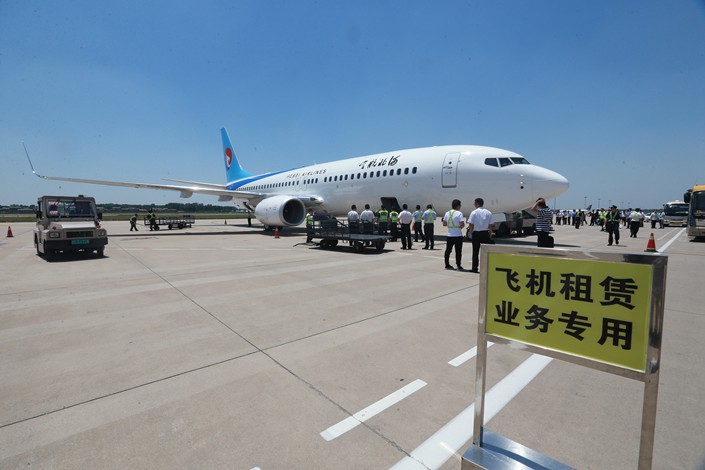 China’s aircraft leasing market will consolidate further in the near future as the investment-driven industry becomes increasingly competitive after years of breakneck expansion, industry executives and analysts said this week.

At the end of 2017, around 20 of the major leasing companies in China were domestically owned, up from only four in 2007 when China issued rules allowing banks for the first time to set up aircraft leasing entities, said Zhao Guicai, chairman of Industrial and Commercial Bank of China Leasing.

There are now a total of 1,369 leased aircraft in the China market. More than half are owned by Chinese companies, up from 5% in 2007 when there were 481 leased aircraft.

“The aircraft market is set to shift from ‘quantity’ to ‘quality,’ and become more differentiated in the near future,” said Li Jun, deputy manager of CATIC International Leasing Co. Ltd.

Moving from “quantity” to “quality” has been a slogan for China’s drive to upgrade its economy in recent years.

The aviation leasing market was a focus of the two-day 7th China Air Finance Development Summit in Tianjin.

Industry executives at the event said they expected domestic aircraft leasing operators, who mainly developed the business using their own massive capital resources, to face increasingly greater pressure as Chinese regulators tighten financing rules in their focus on deleveraging.

By 2017, eight of 11 leasing companies whose total assets exceeded 100 billion yuan ($14.7 billion) were supported by the country’s major banks, including the Industrial and Commercial Bank of China, and China Development Bank.

In contrast to their Western aircraft leasing counterparts, which manage their own fleets, the Chinese banks are mainly using a leasing model that would eventually cede the fleet’s ownership to the airline.

But this model will be tested as the government tightens the rules, with greater risk being faced should businesses make wrong decisions, particularly in relation to asset management skills, said Ding Wenyu, chairman of leasing at Germany’s Norddeutsche Landesbank.

Companies have to abandon their strategy of winning market share by lowering leasing prices, as the overall profitability in the industry is decreasing, said Zhao Guicai.

Shen Lei, a taxation official from Tianjin, added that Chinese leasing companies should gradually abandon such a lending–led mentality. They should follow their international counterparts to get a truer understanding of the industry and improve their own fleet management capabilities, Shen said.