Legoland to See How Tropics Stack Up With Hainan Island Plan

By Zhang Xiangyu and Yang Ge 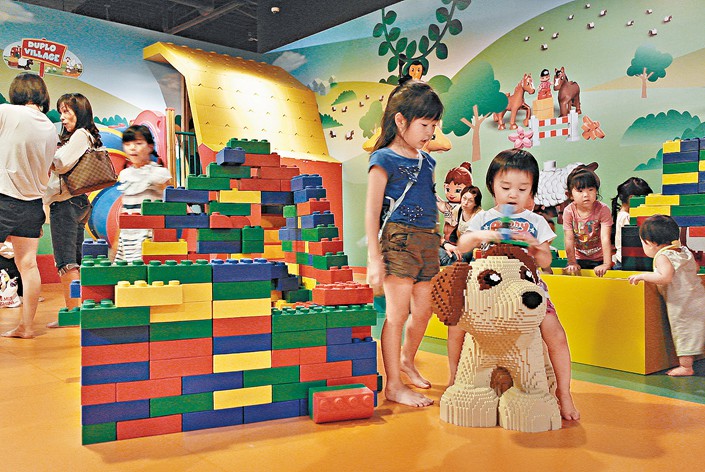 A second China theme park based on the famous Lego line of children’s building blocks is being planned for the tropical island province of Hainan, which is trying to position itself as one of the nation’s premier family vacation destinations.

Construction of the park would also mark the latest project in a recent wave of higher-end theme park building by foreign operators seeking to tap into growing demand for higher quality entertainment from China’s burgeoning middle class.

The latest development will see Britain’s Merlin Entertainments Group Ltd. and local partner China Media Capital (CMC) develop a Legoland Park in the Hainan resort city of Sanya, according to CMC, one of China’s most active investors in the media and entertainment sector. The park will combine elements of traditional Legolands and the famous children’s building bricks, along with tropical elements of Hainan, CMC said.

Merlin is one of the world’s largest theme park and tourist attraction operators, with franchises that include Legoland, Madame Tussauds and The London Eye. It formed a joint venture with CMC in 2015, including an original plan to develop China’s first Legoland in Shanghai. The pair announced they would also develop other facilities based on Merlin’s brands in the future.

The latest project comes amid a broader boom in theme park building by big Western names seeking to capitalize on a new generation of mobile Chinese looking for high-quality entertainment. That trend saw global leader Disney open its first Chinese mainland Disney Resort in Shanghai in 2016. Universal Studios is also building a park in Beijing, and theme park developer Six Flags Entertainment Corp. has announced plans for a number of parks as well.

With its rising disposable incomes, China is expected to surpass the U.S. as the world’s largest theme-park market by 2020, when the country’s attractions will host an estimated 221 million people a year, according to U.S. consulting firm AECOM.

Danish toymaker The Lego Group, owner of the Lego brand, is also undertaking its own direct initiatives in China in a bid to tap similar demand for high-quality children’s toys. In January the company announced it was partnering with local internet giant Tencent Holdings Ltd. to develop games, cartoons and toys for kids in China.