By Mo Yelin and Coco Feng 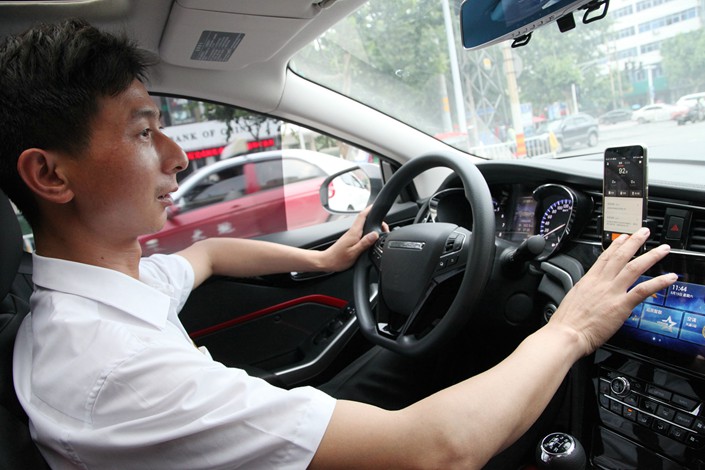 A drivers with the Didi Chuxing online ride-hailing service gets a ride request in Zhumadian, Henan province, on May 19. Photo: VCG

The central government has said it will heighten scrutiny of the ride-hailing industry through year-end, as authorities crack down on the sector in the wake of the killings of two passengers who were customers of industry leader Didi Chuxing.

Provincial-level transportation bureaus and police departments will be charged with launching a comprehensive review of ride-hailing companies in their respective jurisdictions, with a special focus on the companies’ safety measures, according to a Ministry of Transport statement (link in Chinese) on Monday.

The statement said that ride-hailing companies will have to roll out a series of measures to guarantee the safety of passengers, including stricter background checks for drivers and creating systems that are more responsive to users. The firms will have to present their results in January.

The move comes after regulators faced pressure from critics who argued that a lack of government oversight allowed the industry to put market expansion above passenger safety. Didi has been under fire since last month, when a female passenger was killed by a Didi driver for the second time in three months.

Last week, Didi announced that it will suspend all of its late-night ride-hailing business for one week. The suspension began Saturday on the Chinese mainland and was in effect daily from 11 p.m. to 5 a.m.

Didi said it planned to use the week to roll out a series of initiatives to improve passenger safety, including introduction of in-trip audio recording and a new function that allows riders to call police directly through the Didi app.

Didi has become China’s largest ride-hailing platform, with a market share of over 90%, after winning a fierce battle with Uber, which sold its China operations to Didi in 2016. Other competitors — including the country’s largest online-booking platform, Meituan Dianping — have tried to challenge Didi’s dominance, but none have yet met with much success.