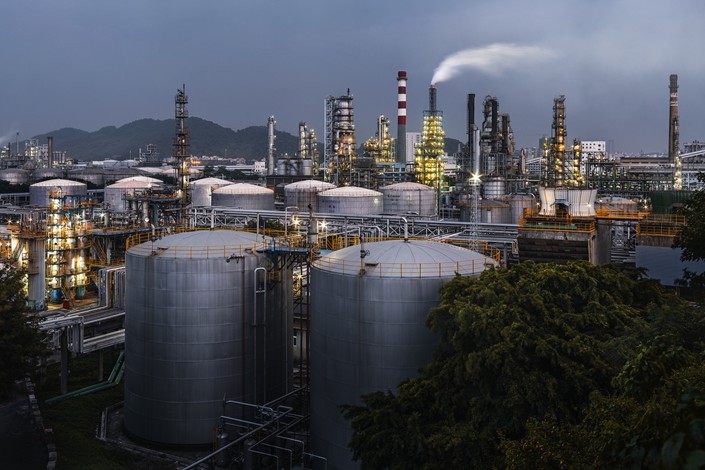 Saudi Basic Industries Corp. (SABIC) has become the third international petrochemicals giant to announce plans to build a major complex in southern China in the last two months as the industry prepares for a boom in China’s demand for plastic.

SABIC has signed an agreement with the Fujian government to build a petrochemical complex in the southeastern Chinese province, according to an announcement on the company’s website. A location and time frame are not yet known.

The move “is part of SABIC’s strategy to diversify its operations, seek new strategic investment opportunities and strengthen its position in the Chinese market,” the announcement said.

SABIC’s plant comes amid an unprecedented boom in China’s petrochemicals sector, with at least 13 major projects planned or under construction, bringing around 1.37 million metric tons (1.51 million U.S. tons) of new capacity across the country, according to Reuters. While much of the new capacity is coming from domestic companies such as Sinopec Corp. and Hengli Petrochemical Co. Ltd., major international players are entering the competition.

Last week, ExxonMobil Corp. announced it is in advanced talks with the Guangdong government to build a “multibillion-dollar” petrochemical and liquefied natural gas (LNG) plant in the province. BASF SE, the world’s biggest chemicals company by sales, had signed a memorandum of understanding to build a $10 billion complex in the province just two months before.

At the heart of the expansion is ethylene, a versatile chemical that is a key ingredient in producing polyethylene, the most common plastic in the world. China is already a major market for the chemical, but demand is expected to skyrocket over the next decade, catalyzed by the government’s efforts to move the country’s economy up the production chain and into higher-value-added commodity production, according to information service ICIS. China will account for a third of global demand in petrochemicals over the next decade, IHS Markit reckons.

The U.S. boom in shale gas, which can be converted into ethylene, has largely met recent rising demand, but this period is coming to an end, said Steve Jenkins, vice president of consulting at Wood Mackenzie Chemicals.

“There’s been a lack of investment in ethylene facilities in Asia over the last four years because so much building has been going on in the U.S. in tandem with the shale boom, but there is now uncertainty over how much the U.S. can supply from a second wave of investment and real doubts that it can serve as the main source of ethylene derivatives supply for China,” he said.

This has led to a surge in companies looking to build “crackers,” which produce olefins, and other chemical facilities across Asia, Jenkins said. This is particularly true in Guangdong’s Pearl River Delta area, where BASF SE and ExxonMobil intend to build their plants. The province already benefits from extensive transportation infrastructure and a strong consumer goods manufacturing industry, a legacy of its status as the first area to begin experimenting with foreign investment through the reform and opening-up policies from the late 1970s that catapulted China’s economic transformation. SABIC is also positioning itself in a powerhouse that catapulted ahead thanks to its proximity to Taiwan.

“Building plants in Guangdong puts chemical producers in the same location as their customers, and in turn it also encourages more manufacturers to develop in the area, supporting the government’s efforts to push into higher-end, value-added production,” Jenkins said. While Chinese production costs have risen, an industry report from McKinsey & Co. said that they are nevertheless 10% to 50% cheaper than they are in Western countries.

Also of note in the surge in petrochemicals investment is the prominent role of the international private sector, rather than the domestic state-owned entities the government has typically relied on. “The state-owned companies have their hands full upgrading their plants to meet higher environmental standards as the government tries to reduce pollution, while they also pivot away from diesel-based heavy transport fuels to the more refined types demanded by China’s modern automobile industry,” Jenkins said.

“This is why China has invited the private sector to lead the development of petrochemicals associated with plastics. Private companies have the technology and capital to make these major investments. For the likes of ExxonMobil, BASF and SABIC, they recognize China is going to be dominating demand for decades to come, and so they are positioning themselves as important government partners early,” he added.