By Jason Tan and Chen Mengfan 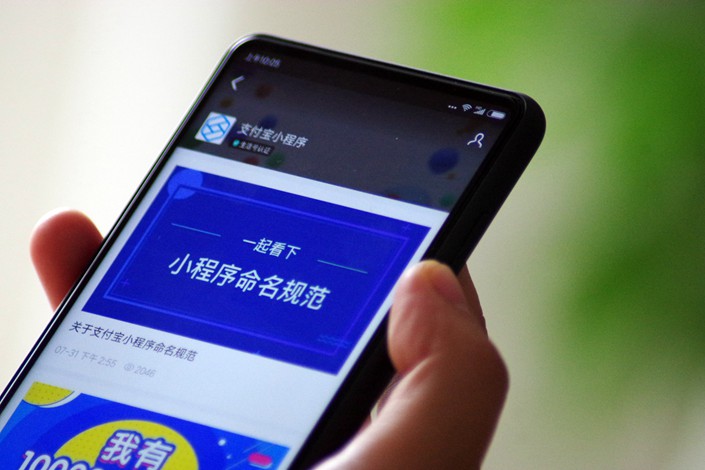 An Alipay mini app is seen on a smartphone. Photo: IC

(Beijing) — The operator of Alipay, one of China’s two dominant mobile-payment apps, has announced it will spend 1 billion yuan ($146 million) over the next three years to speed up the development of “mini apps.”

Ant Financial Services Co. Ltd. revealed its investment plan Wednesday while announcing the launch of a new unit dedicated to mini apps, an emerging area that also has attracted the interest of China’s technology companies and smartphone-makers.

The purpose of the investment is to encourage more developers to create mini apps on the Alipay platform, according to Guan Zhong, general manager of Alipay’s small-program division, who said the company has “to create a strong ecosystem whereby we have quality mini-apps.”

Mini apps, or mini programs, refer to “apps within an app.” It rids users of the hassle of downloading a myriad of standalone apps and instead allows them access to services such as ride-hailing, takeout delivery and travel bookings through one key app. That key app is usually something already popular, such as WeChat, Baidu or Alipay.

WeChat was the first in the industry to launch mini apps, in January 2017. In July, its parent company, Tencent Holdings Ltd. claimed over 1 million mini apps had been made available on WeChat.

WeChat has said that the goal of its mini programs isn’t to replace standalone apps, but some observers say the trend is a force to be reckoned with thanks to its wild popularity, and that it could cut into the business of major smartphone app distributors, such as Apple Inc.’s App Store. The companies that allow mini-apps to operate on their platform take a cut of the revenue from each transaction.

Caixin reported in July (link in Chinese) that standalone apps are losing out to their own WeChat mini apps. The monthly active users of China’s largest movie ticketing platform Maoyan, which applied for a Hong Kong listing earlier this month, was 42 million in June for its mini app, compared to 4.6 million for its standalone app.

Alipay has been testing the beta version of its mini apps for a year and officially launched them on Wednesday. It has already built up a library of over 20,000 mini apps, boasting 120 million daily active users.

Joining in the fray are 10 Chinese smartphone-makers, which said in March they are joining forces to create “Quick App” to tap their 1-billion-strong user base in China.