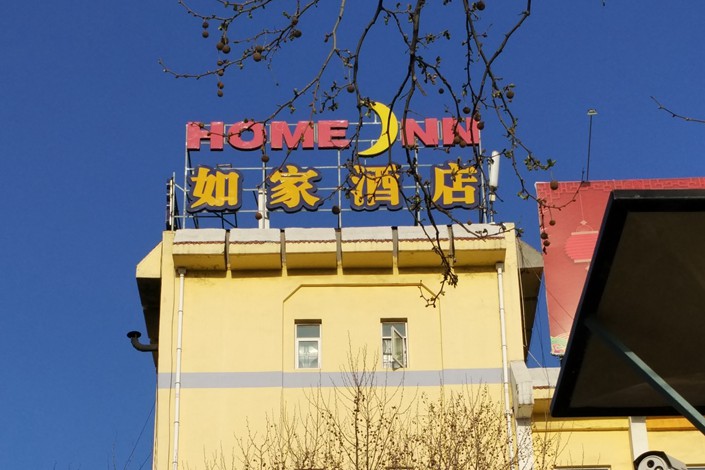 China has been one of the biggest growth markets for hotel operators, catering to a mobile middle class that travels for both work and leisure. Photo: IC

China’s largest privately owned airline and one of its leading hotel operators have formed a joint venture to develop a new chain of hotels near airports and other travel hubs, in the first step of a broader strategic partnership.

The tie-up will see Spring Airlines Co. Ltd. and BTG Hotels (Group) Co. Ltd. initially aim to develop hotels near airports that are part of the more than 200 routes flown by China’s oldest and leading budget carrier, the pair said in an announcement on Thursday. The pair will draw on each other’s resources to develop a chain that caters specially to air travelers and includes air-related themes and conveniences, they added.

Hotels will be mostly located near domestic airports at first, though the pair will also target international destinations served by Spring Air, whose global footprint includes cities in Japan, South Korea, Singapore and Thailand. The pair will also aim to eventually operate hotels near other travel hubs including China’s growing network of train stations that serve its state-of-the-art high-speed rail network.

“This is a strategic breakthrough by BTG and Spring Airlines in terms of resource cooperation and future development,” the pair said in their announcement. “Using Spring’s own deep travel resources as a foundation, together with BTG’s more than 3,800 hotels in 400 cities, we can better create a ‘great travel’ circle of service that lets travelers fly where they want and find rooms wherever that takes them.”

China has been one of the biggest growth markets for hotel operators, catering to a mobile middle class that travels for both work and leisure. Most of the major global brands have entered the market, with names like Marriott International Inc., InterContinental Hotels Group PLC and Accor SA providing rooms over a range of their different brands at various price points.

The market has also spawned several large local players, mostly at the lower end of the market, including BTG’s popular Homeinns chain. But BTG and other domestic players have expressed an interest in moving into higher-margin high-end hotels. Other major players include Huazhu Group Ltd., which operates the popular Hanting brand and has a major partnership with Accor, and Shanghai Jin Jiang International Hotels, which has been China’s most active chain for global acquisitions.