Opinion: Any U.S.-China Trade Cease-Fire Will Be Fleeting 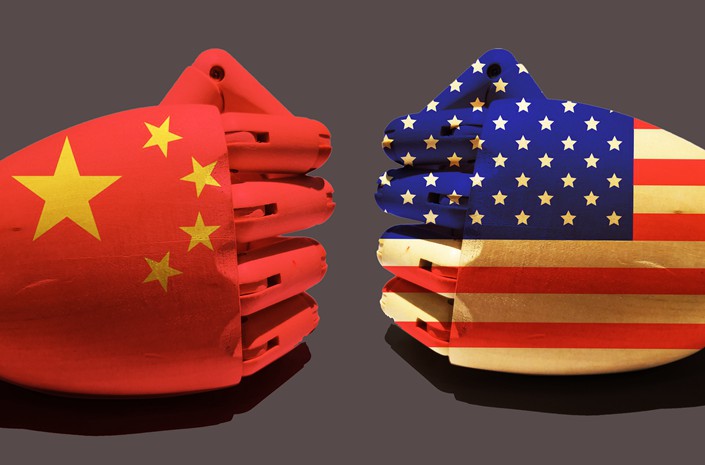 The indications are that U.S. President Donald Trump will probably strike a deal with China within a few months, which will put on hold the Sino-U.S. trade war where both nations have slapped tariffs on billions of dollars of each other’s goods. But in the long term, Trump will pursue strategic competition with China.

One hopeful sign of a possible deal is the recent announcement of trade talks between the world’s two biggest economies. The U.S. government has invited China to a new round of trade talks, and China welcomed it, a Ministry of Commerce spokesman said on Wednesday.

Trump’s tweets also hint he is likely to reach a trade deal with China soon.

On Aug. 29, Trump tweeted: “As for the U.S.-China trade disputes, and other differences, they will be resolved in time by President Trump and China’s great President Xi Jinping. Their relationship and bond remain very strong.”

Trump’s tweet on Aug. 24 also suggested he was aiming for a trade deal with China soon, where he tweeted, “(U.S. State Department) Secretary (Mike) Pompeo looks forward to going to North Korea in the near future, most likely after our Trading relationship with China is resolved.”

On Sept. 10, White House Press Secretary Sarah Huckabee Sanders told reporters that Trump has received a letter from North Korean leader Kim Jong Un, which she described as “very warm,” requesting a follow-up meeting to their summit in June in Singapore, and planning is in motion to make it happen. Given the warming ties between the U.S. and North Korea, the U.S. trade relationship with China, which Trump linked to North Korea, stands a high chance of being resolved in the near future.

On Thursday, Trump issued a tweet denying a Wall Street Journal report that he was under pressure to reach a deal with China. He tweeted an ambiguous message, “If we meet, we meet?”

Trump’s tweet on Thursday does not mean he will scrap a deal with China. He has resorted to similar tactics in the past, where he threatened to walk out, but ended up doing the deal. Shortly before Trump and Kim met for their summit in Singapore in June, Trump threatened to call off the summit. Last year, Trump alarmed the world by saying U.S. weapons aimed at North Korea were “locked and loaded.” Yet both nations are now looking forward to their second summit.

Trump’s aggressive tweet against China on Thursday was possibly designed to appeal to American voters. Despite Trump’s statement that he is not under pressure to reach an agreement with China, U.S. politics is probably one of his considerations for a settlement with China. With U.S. midterm elections looming in November, Trump would want to ensure as many U.S. states as possible vote in candidates of his party, the Republicans.

The U.S. Chamber of Commerce has published on its website a map of how each U.S. state would be affected by Trump’s trade war with China, Mexico, Canada and the European Union. The map shows all U.S. states risk damage by Trump’s global trade war, with most states facing “very significant damage” or “extremely significant damage.” The chamber urges readers to petition their local congressmen to end U.S. tariffs on Chinese goods.

Thus, a likely outcome is Trump will sign a deal with China before Americans vote in November, and dress up the agreement in a manner that makes him look good. But any trade deal between the U.S. and China is likely to be a temporary cease-fire in a protracted competition between the two superpowers.

In an interview with the Australian Broadcasting Corp. on Sept. 3, former White House chief strategist Steve Bannon said, “We’re in an economic war with China, not a trade war. President Trump is taking the long view.”

Although Bannon was acrimoniously dismissed from the White House in August 2017, many of his views are in accord with Trump’s.

However, Trump’s protectionist policies are not winning him allies to oppose China. Recently, Indian Prime Minister Narendra Modi and Japanese Prime Minister Shinzo Abe have gotten friendlier with China. What is driving the Japanese and Indian leaders closer to China must be their fears that Trump’s trade tariffs are hurting their countries. Trump’s trade war is tripping up his plan to effectively compete with China in the long run.

Toh Han Shih is a Singaporean writer based in Hong Kong.