China Strikes Back With Second Tranche of Tariffs 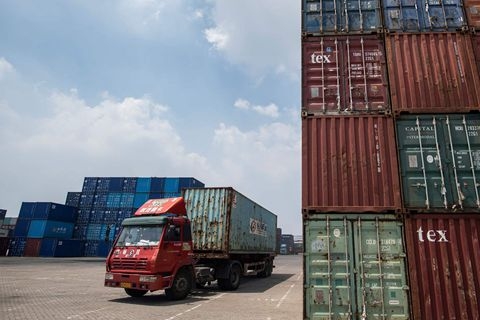 The trade war between the world’s two largest economies rolled into a second round.

Hours earlier, the White House unveiled a list of 276 Chinese products that account for $16 billion of annual imports, including bridge parts, engines and tractors, to face additional 25% tariffs starting Aug. 23.

China’s Ministry of Commerce earlier Wednesday called the U.S. tariff decision “unreasonable” and said China will have to take counter-measures to defend its interests.

The U.S. products to be targeted by tariffs include petrochemicals, cars, medical equipment and steel products, according to the Customs Tariff Commission.

The world’s two largest economies have been locked in a back-and-forth tariff fight. Last month, the U.S. imposed 25% tariffs on $34 billion of Chinese imports. China struck back with tariffs on similar amount of American imports.

Last week, President Donald Trump threatened to slap 25% tariffs on $200 billion of Chinese imports, up from a previously proposed 10%. The threatened new tariffs could take effect after September. China has vowed to strike back.

Analysts have warned that an ever-expanding trade war may cost the global economy hundreds of billion dollars, although the initial impact of the tariffs has so far been subdued.

China’s exports rose 12.2% in July from a year ago to $215.6 billion, following a rise of 11.2% in June and marking the fastest growth rate since February, according to data released Wednesday by the General Administration of Customs.

March 9: President Donald Trump signs orders to slap tariffs of 25% on imported steel and 10% on foreign-made aluminum, except goods from Canada and Mexico.

March 23: China unveils plan to impose tariffs on imports from U.S. with annual value of $3 billion.

April 4: China vows to respond with measures of “equivalent strength and equivalent scope” and threatens new 25% tax on 106 American product lines if the U.S. tariffs are implemented.

April 5: Trump says he is considering a new round of tariffs on an additional $100 billion of Chinese imports as Beijing retaliates. The World Trade Organization receives request from China for consultations on new U.S. tariffs.

May 29: White House says tariffs on $50 billion of Chinese goods will move forward, with the final list of goods to be released June 15.

May 30: New round of negotiations takes place in Beijing led by Liu and Ross.

June 15: Trump unveils final list of $34 billion of Chinese goods subject to new 25% tariff as of July 6, with $16 billion more subject to the tariff at a later date.

July 10: U.S. releases initial list of the additional $200 billion of Chinese goods that could be subject to a 10% tariff.

Aug. 1: Trump threatens to more than double proposed tariffs on the $200 billion of Chinese goods to 25% from 10%.