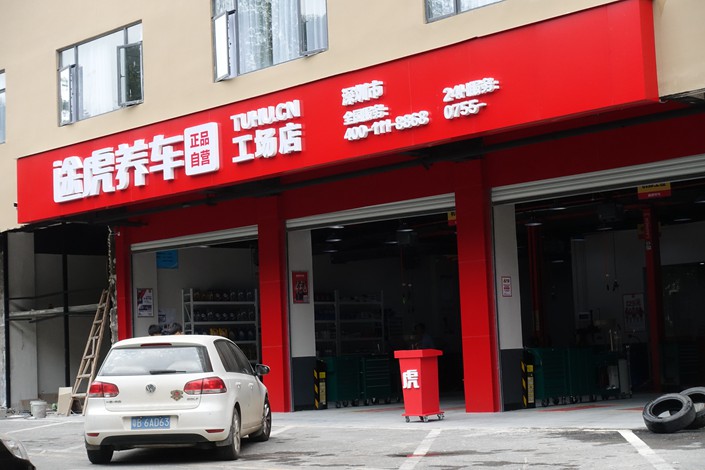 Car-maintenance startup Tuhu has completed a $450 million fundraising round from investors that include Tencent Holdings Ltd. and Sequoia Capital.

The Shanghai company said it will use the funds to enhance its services by improving its expertise and standards as well as expanding its national network, it said in a statement (link in Chinese).

Founded in 2011, Tuhu provides services such as tire replacement, automobile repair and insurance in 405 Chinese cities with more than 10,000 partners. The company also operates a mobile app through which customers can order services online.

The aftermarket of the world’s largest auto market has been flourishing in recent years, prompting massive investor interest — much of it from the internet sector. The automobile aftermarket includes services and products such as accessories and replacement parts, which drivers purchase after they buy a car.

Tuhu’s latest fundraising, in which it attracted Tencent, came after it earlier received an unspecified investment from a group that included search engine giant Baidu Inc.

In December, JD.com Inc., China’s second-largest e-commerce company, announced that it will acquire business-to-business automobile aftermarket platform Tqmall, and has launched its own aftermarket division.

Didi Chuxing, China’s largest ride-hailing platform, has also ramp up effort to enter the market. Last month, it announced it will inject $1 billion into rebranding its auto-services unit in a bid to build a transportation empire that offers services beyond its core ride-hailing business.

The funding frenzy in the car aftermarket mirrors enthusiasm in the electric-car sector. In August, electric-car startup Guangzhou Xiaopeng Motors Technology Co. Ltd. announced that it had raised 4 billion yuan ($583 million) in its latest fundraising round, giving it a valuation of around 25 billion yuan.