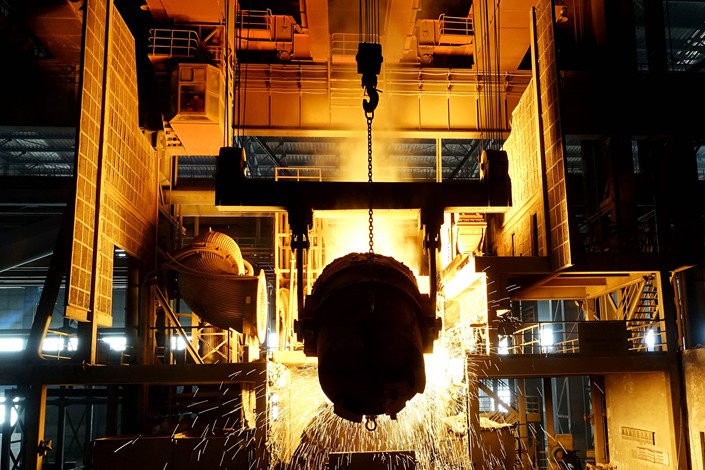 China is encouraging centrally administrated SOEs to explore feasible paths for mixed-ownership reforms at the group level, according to a document published Tuesday on the website of the National Development and Reform Commission, the country’s top economic planning agency.

The official statement, which was formalized in November, marked the first time that the Chinese authorities had specifically mentioned central SOEs in regard to mixed-ownership reform at the group level.

In recent years, mixed-ownership reform has become a buzzword in China, as the central government attempts to make the state-run sector more dynamic and efficient by bringing in private-sector investment and management for SOEs, many of which operate in state-monopolized sectors such as power, railways, and telecommunications.

So far, a number of central SOEs have launched mixed-ownership reform in their subsidiaries, but only few at the group level.

One reason is that most central SOEs operate in upstream industries over which the state has historically been reluctant to give up control, making it more difficult to introduce private capital to the group level, said Hu Chi, a researcher at the State-Owned Assets Supervision and Administration Commission (SASAC), which operates under the State Council, China’s cabinet. SASAC oversees almost 100 SOEs owned by the central government.

Another reason is that private companies may be reluctant to invest in some central SOEs at the group level because state firms have put most of their good assets into their listed subsidiaries, Hu said.

For SOEs that operate in more competitive markets, have a clear asset structure, or have a good corporate governance structure, it may be easier to launch the reform at the group level, said Zhou Jianqi, a researcher at the State Council’s Development Research Center.